Located in the municipality of Presidente Figueiredo, in the state of Amazonas, Brazil, the Cachoeira da Pedra Furada (in English, Pedra Furada Waterfall – Holed Stone Waterfall) is so named, because it drops 30 meters (98 ft.) from the top of a large three holed rock , forming a beautiful and inviting natural swimming pool of calm waters. 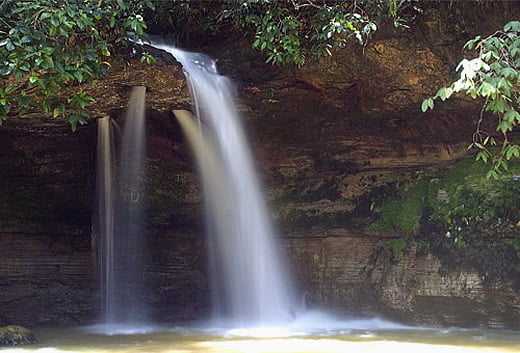 Shaped like a half moon, there is an extensive and impressive rock wall surrounding the site. Above it, the amazon forest stands, oblivious to the abyss below. The Waterfall is more beautiful during the rainy season, between February and May. 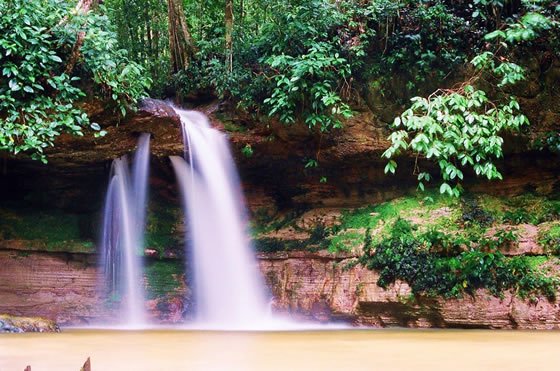