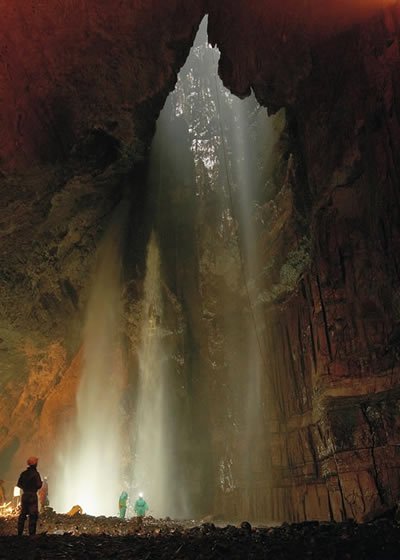 Situated at the bottom of a large crater, Gaping Gill, the largest cavern in Britain, engulfs a stream named Fell Beck that ends its course abruptly, forming a waterfall that plunges 344 ft. (105 metres) down deep into a pothole and lands on a cathedral sized limestone chamber. It is probably Britain’s highest unbroken waterfall. 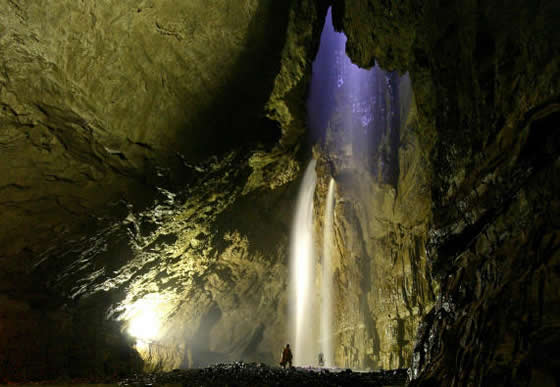