Popularly known as the Lotus Temple due to its flower like shape, the Bahá’í House of Worship in New Delhi, India is a place that welcomes all religions and people of all castes, colours and cultures to worship in a spirit of unity. 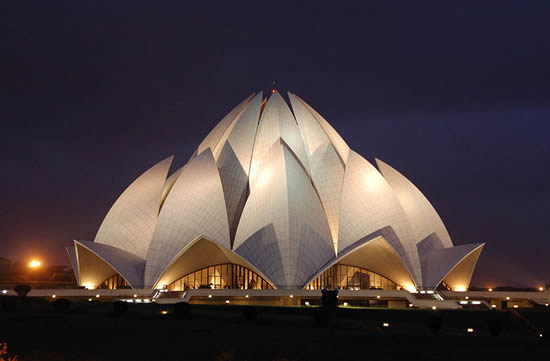 There is no clergy in the temple, no idols, no pictures, no sermons, no rituals. Only the holy scriptures of the Bahá’í Faith and other religions can be read or chanted inside in any language. No musical instruments can be played inside, however, choirs can set the readings and prayers to music. 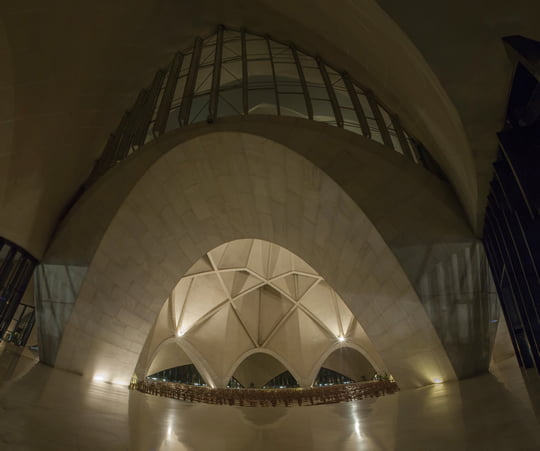 Inaugurated to public in 1986, this monument in marble is one of the most frequented architectural landmarks in the world. By the end of year 2002, it was said being more frequented than the Eiffel Tower and Taj Mahal. It receives four million visitors each year (about 13,000 every day or 9 every minute). 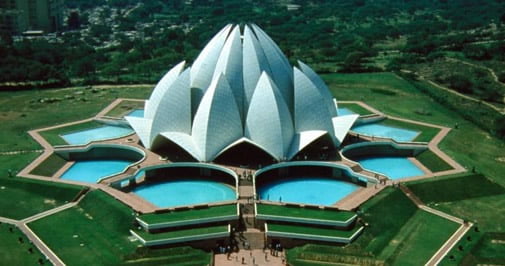 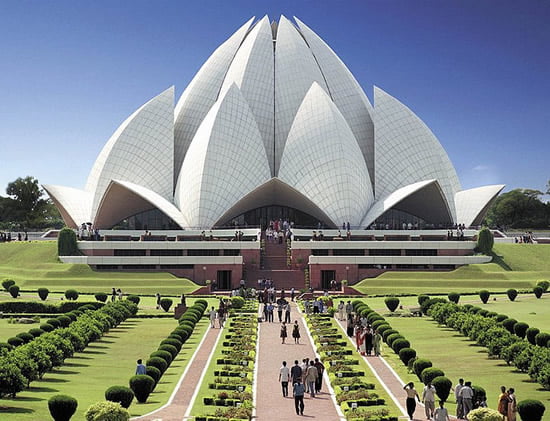 The temple symbols a half-open lotus flower afloat, surrounded by its leaves, and gives a sense of love, peace and purity. A sacred flower for the Indians, the lotus is the emblem of divine birth. 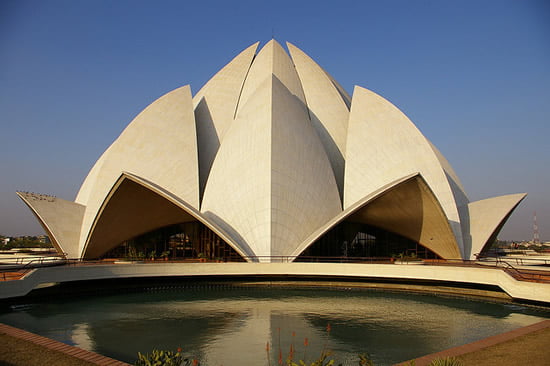 Light and water are used to ornament the building as its two fundamental elements, in contrast to the statues and carvings found in other temples. 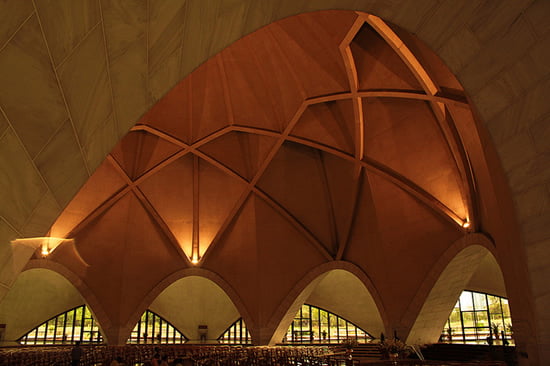 The building is composed of 27 free standing marble clad “petals” arranged in clusters of three to form nine sides. The nine doors of the Lotus Temple open onto a central hall slightly more than 40 meters tall, that is capable of holding up to 2,500 people. The inner leaves do not meet at the tip of the worship space and are capped with a dramatic glass and steel skylight. 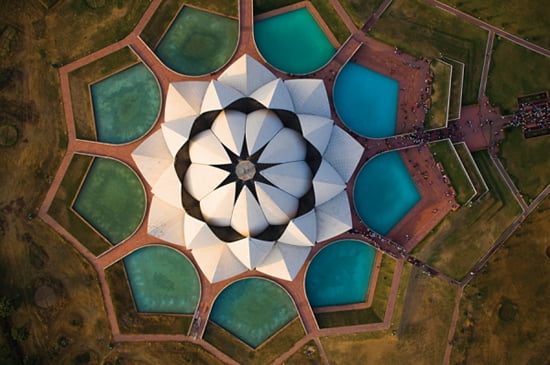 Nine reflecting pools surround the building on the outside, creating an image of a lotus floating in water, as well as cooling the temperature in the temple. 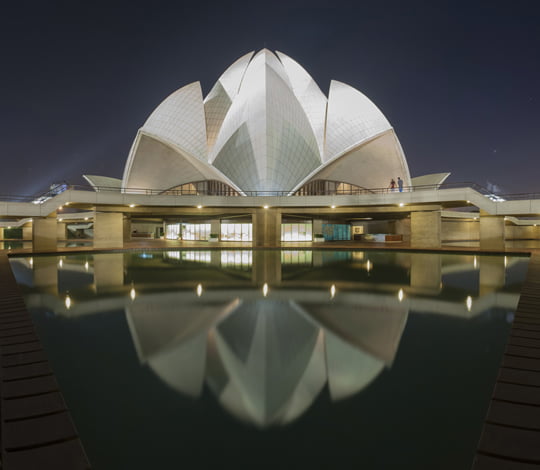 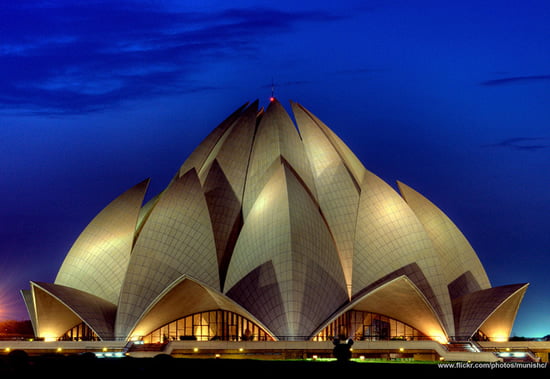 In the evening, the site looks breathtakingly beautiful when the entire complex is lit up. 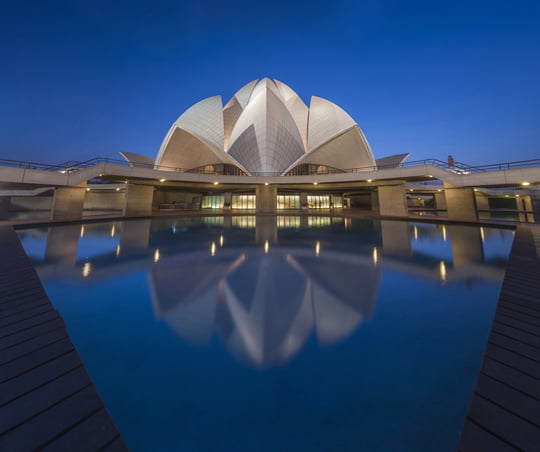 The temple’s construction has been funded through voluntary contributions made only by Bahá’ís throughout the world with a large sum having been provided by the believers in India. 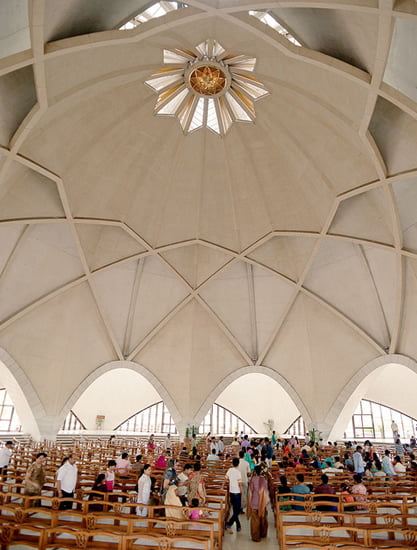