The Baobab Avenue, also known as the Alley of Baobabs, is located along a dirt road between Morondava and Belon’i Tsiribihina in Madagascar. This place is very scenic, with a cluster of giant baobab trees lining the path to the right and left of the roadside with their dramatic silhouettes. Along the Avenue are about a dozen of huge trees about 30 meters in height, some of them over 800 years old. 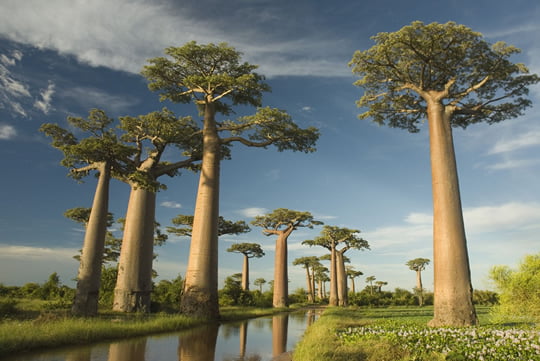 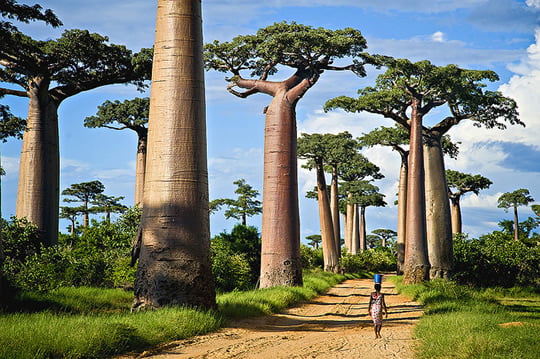 This striking landscape is one of the most visited tourist attractions in Madagascar, drawing travellers from around the world. Despite being the country’s landmark, the area has no visitor center or gate fees, and local residents receive little income from tourism. 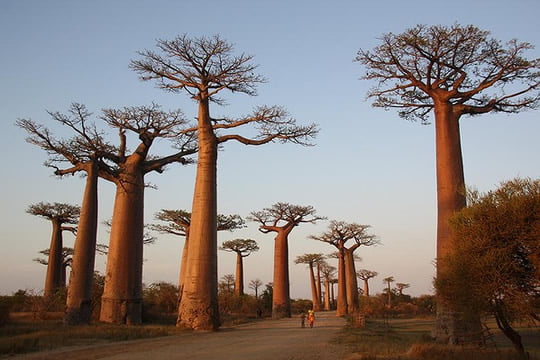 Alley of Baobabs – Photo by: Marvels of Madagascar

These Baobabs Trees are a legacy of the dense tropical forests that once thrived on Madagascar. Over the years, as the country’s population grew, the forests were threatened by deforestation for agriculture, leaving only the baobab trees, which the locals preserved as much in respect as for their value as a food source and building material. 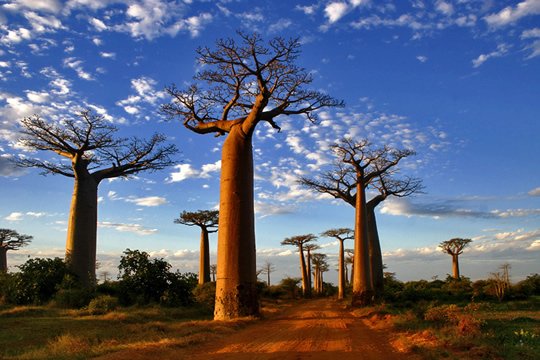 The area is not a national park and it has been a center of local conservation efforts, and was granted temporary protected status in July 2007, the first step toward making it Madagascar’s first national monument. 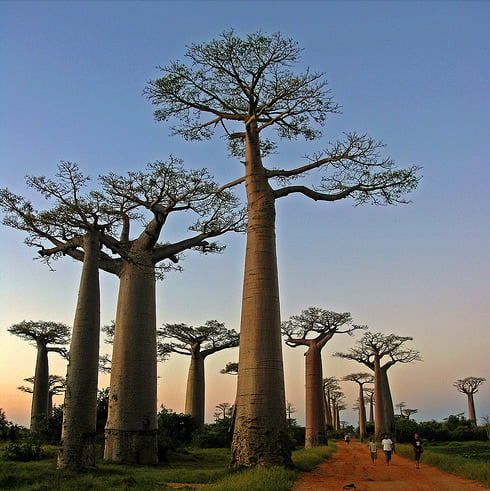 With their massive trunks and crooked branches, baobabs have learned how to adapt to a dry and hostile environment. Each tree can hold up to 300 liters of water, enabling it to live through long periods without rain. Due to its unusual shape, the baobab is sometimes said to be a tree with roots pointing to the sky. 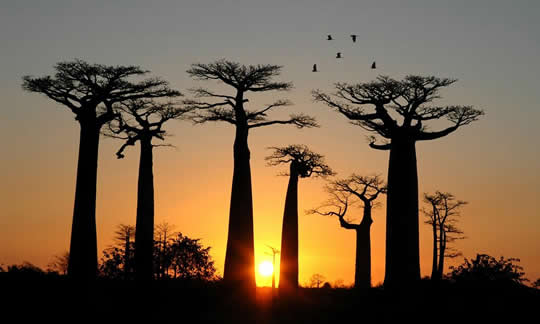 The best times to visit the Baobab Avenue are at sunset and sunrise when the colours of the trunks change and their stark silhouettes form a spectacular contrast to the colours behind in the sky. The view is striking, and good photos are a guarantee. The flowering period is between February and March. 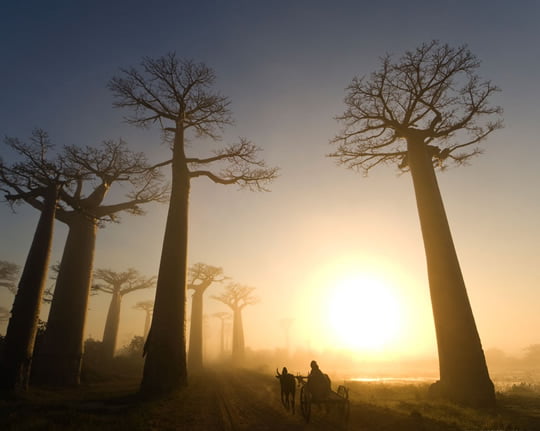 Path of Baobabs – Photo by: ItSaBeautifulWorldSometime