The Sugar Loaf Mountain is one of the most important natural, historical and touristic landmark of the city of Rio de Janeiro. With its unusual warhead shape, the Sugarloaf Mountain (in Portuguese, Pão de Açúcar) is a monolithic mountain of granite and quartz that rises at the mouth of Guanabara Bay. Its name is said to refer to its resemblance to the traditional shape of concentrated refined loaf sugar. 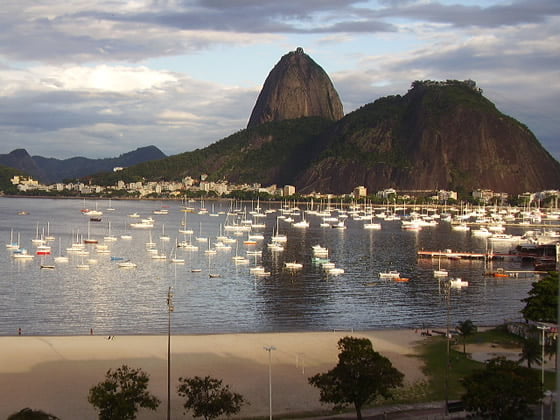 The glass-paneled “Sugarloaf Cable Car” (in Portuguese, “Bondinho do Pão de Açúcar”), capable of holding 65 passengers, offers a 360-degree view of the surrounding city. It goes from the base at Praia Vermelha to a height of 220m (720ft) above sea level and stops at the summit of Morro da Urca. On this plateau lies an amphitheatre, restaurants, and shops. The second leg completes the journey to the 396-metre (1,299 ft) high Sugar Loaf over a distance of 750m (2460ft). Similar facilities exist at the final stop, which offers one of the most magnificent panoramic views of the ocean, beaches and mountains of the cities of Rio de Janeiro and Niterói. The original cable car line was built in 1912 and rebuilt around 1972/1973 and in 2008. 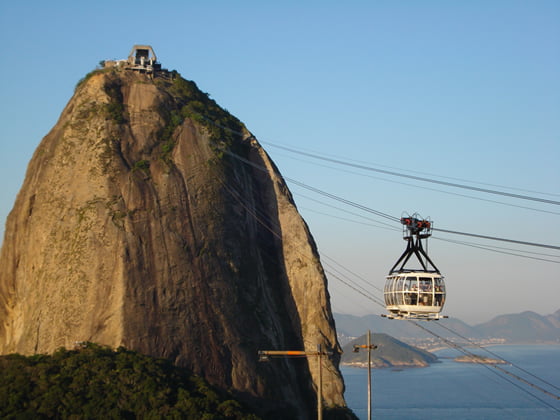