The Yosemite Falls is a group of three-stepped falls located in Yosemite National Park in the Sierra Nevada, California, USA. Set in scenic valleys and canyons, the Yosemite Waterfalls are iconic symbols of the grandeur of the Yosemite National Park. Together the 435-meter (1430 ft.) high Upper Yosemite Falls, the Lower Yosemite Falls with 98 meters (320 ft.) and the middle cascades, 205 meters (675 ft.) high, have a total height of 739 meters (2425 ft.), qualifying it as the highest measured waterfall in North America and the seventh highest waterfall in the world. If you like waterfalls, please, don’t forget to check our Top Waterfalls In the World 2 🙂 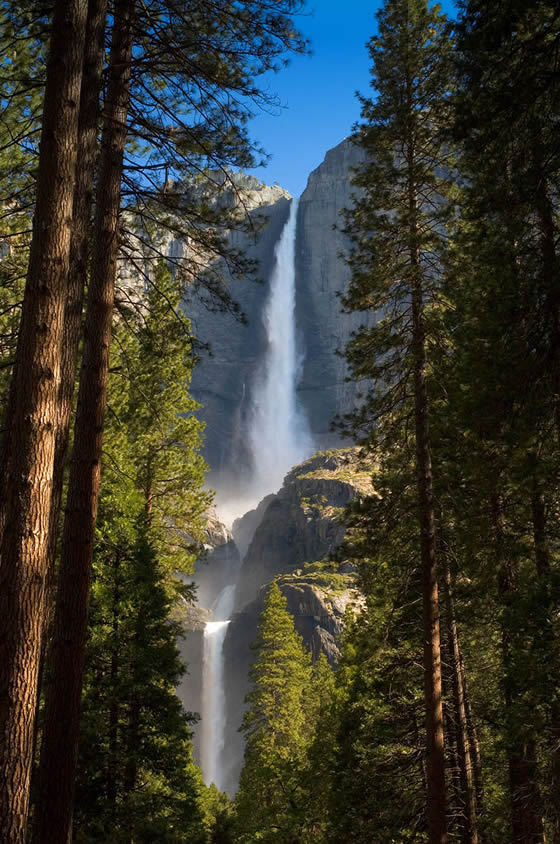 Upper Yosemite Falls is the highest stage of the falls. Plunging 1430 ft., it can be seen from various locations in the Yosemite Valley, but the most beautiful spots are at its own base, Cooks Meadow, Swinging Bridge and the base of the Lower Yosemite Falls, a paved walkway pleasant because it’s framed by tall trees where you can see both the upper and lower falls. In the summer, the water flow may actually cease in years of little snow, but in late spring, during the time of maximum snow melt, the waterfall is at its peak. 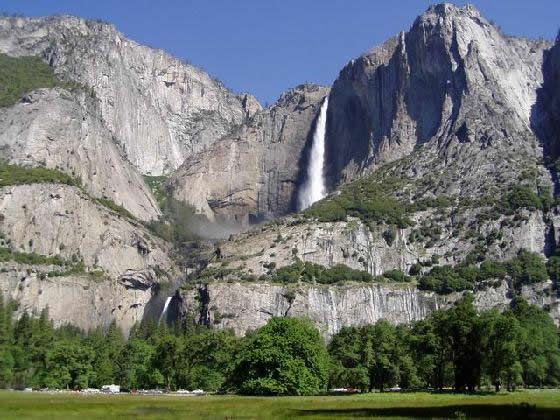