The Carioca Aqueduct, located in the Lapa neighbourhood, is frequently called Arcos da Lapa (Lapa Arches) by Brazilian people. The aqueduct was inaugurated in 1750 to bring fresh water from the Carioca River to the population of the city. It is an impressive example of colonial architecture and engineering. The picturesque segment of the aqueduct spans 270 metres and consists of two storeys of monumental arches in Romanesque style – 42 in total – with a maximum height of 17.6 metres. 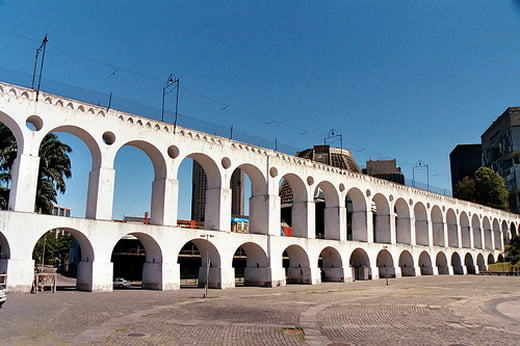 The aqueduct was deactivated at the end of the 19th century, as new alternatives to supply water to Rio were developed. The arches were adapted in 1896 to serve as a bridge for a popular tram – the Bondinho de Santa Teresa (Santa Teresa Tramway) that connects the city centre with the Santa Teresa neighbourhood uphill. The Santa Teresa bondinho is the only tram still in use in Rio de Janeiro and the ride is popular among locals and tourists alike. The square that lies below the arches is the scene of several performances during the year, circus, theater and music concerts, which have a background with a special charm. 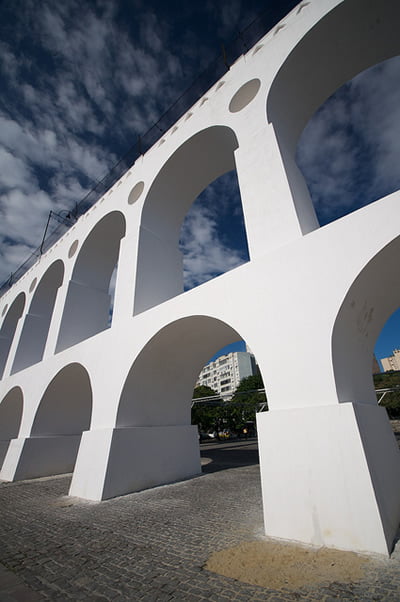