Table Mountain is a majestic flat-topped mountain that forms part of the Table Mountain National Park in Cape Town, South Africa. Overlooking the city, it is the most famous icon of Cape Town, where it can be seen from almost everywhere. 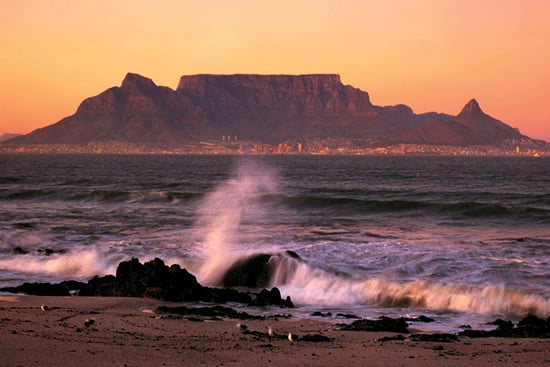 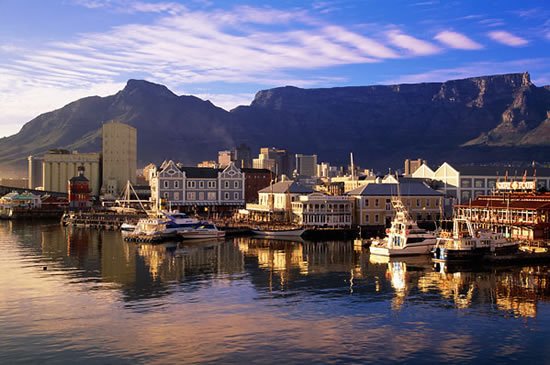 It is the most famous of the table-top mountains in the world, featuring a broad flat summit that measures nearly 3 kilometres (2 mi) from side to side, edged by steep cliffs. The mountain is sculpted from sandstone and its highest point is 1,086 metres (3,563 ft.) above sea level, about 19 metres (62 ft.) higher than the cable station at the western end of the plateau. 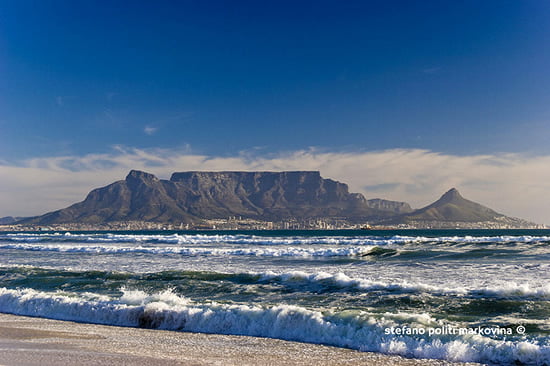 The plateau, flanked by Devil’s Peak to the east and by Lion’s Head to the west, forms a dramatic backdrop to Cape Town. Along the Atlantic coast, Table Mountain is framed by a series of peaks referred to as the Twelve Apostles. 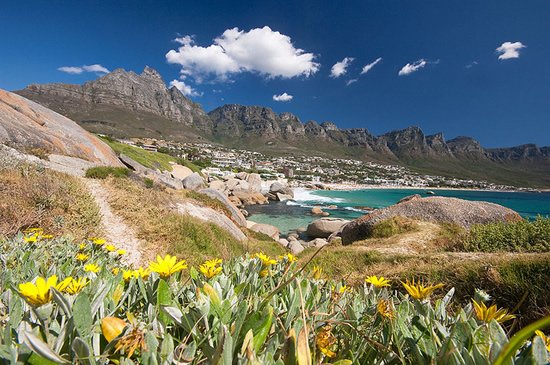 The 12 Apostles – View as seen from Maidens Cove | Photo by: jamesgradwell – Flickr 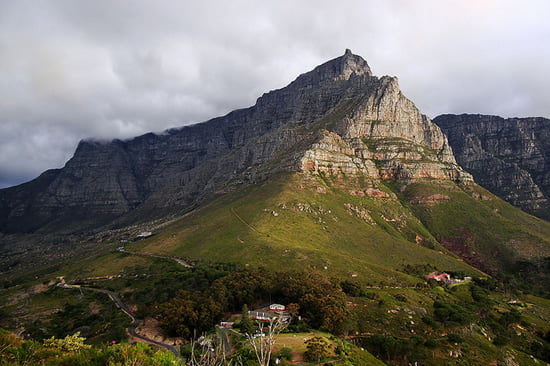 There is a cable car that takes passengers from the lower cable station on Tafelberg Road, about 302 m above sea level, to the plateau at the top of the mountain. The five-minute ascent to the top allows passengers a breathtaking 360° view over the neighbouring peaks, the city and its beaches. 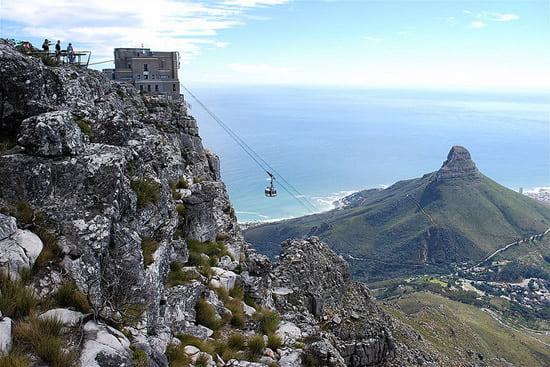 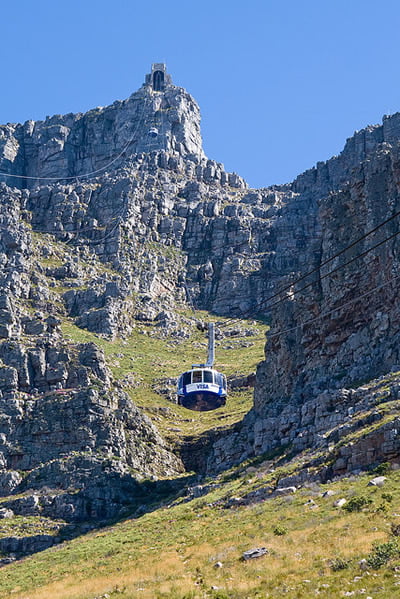 The area at the top of the mountain is surprisingly large and offers paths that cover a distance of more than 2 kilometres, making for comfortable walking to lookout points from which visitors can have spectacular vistas. It is also known for its rich biodiversity and serves as a nature reserve home to over 2000 species of plants. 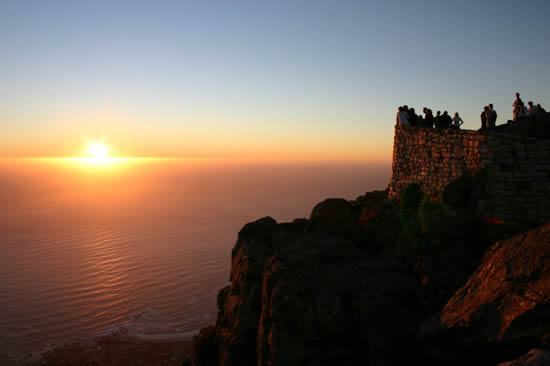 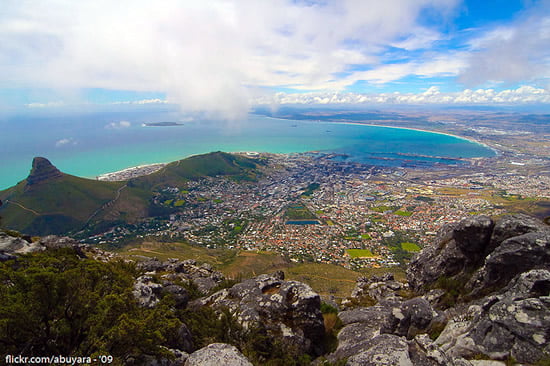 There are three signposted walks: the fifteen-minute Dassie Walk has spectacular views to the north, west and south; the popular thirty-minute Agama Walk gives visitors spectacular 360° views of Cape Town and the Cape Peninsula; and the longer Klipspringer Walk takes you along the edge of the plateau and ends above Platteklip Gorge. 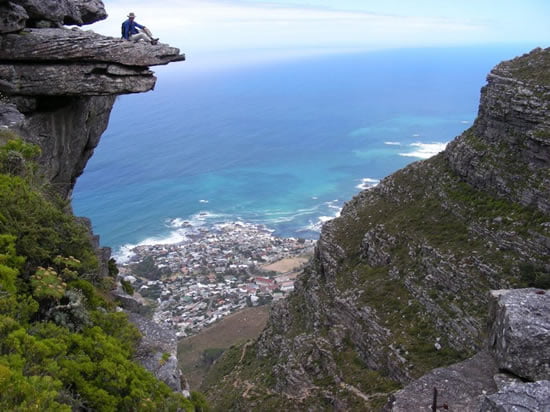 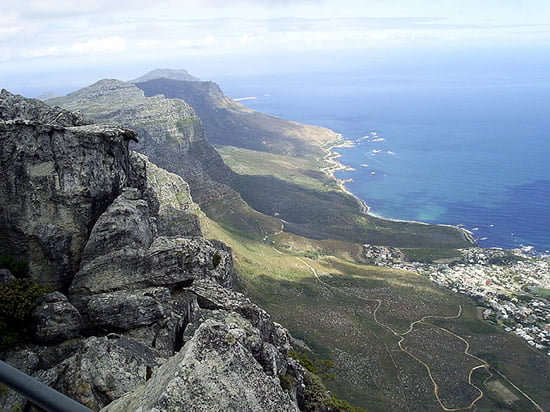 Many visitors enjoy walking up the mountain and taking the cable car back down. But it is not advisable to do it without experienced guides who know the route well. There are some 350 recognised paths to the summit, but the recommended route for the walk up is via Platteklip Gorge to the Upper Cable Station, a 3-kilometre hike fairly strenuous that can take between one to three hours to complete. 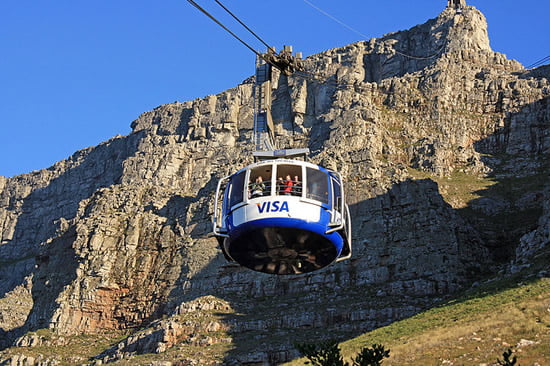 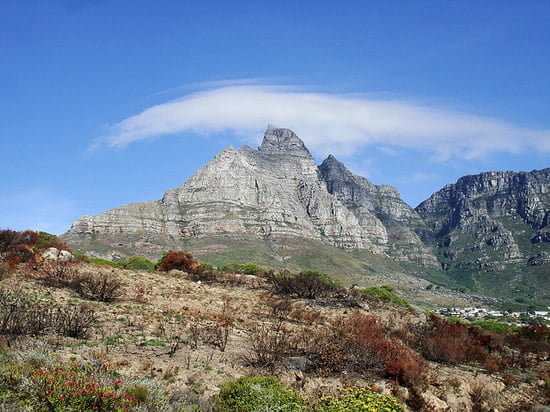 At night, the sight becomes extremely romantic, when the mountain is all lit up and the city glitters beneath it. 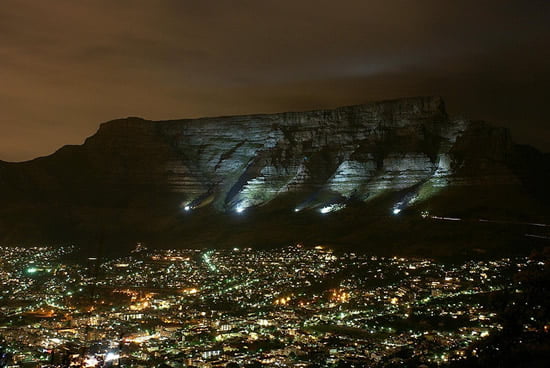 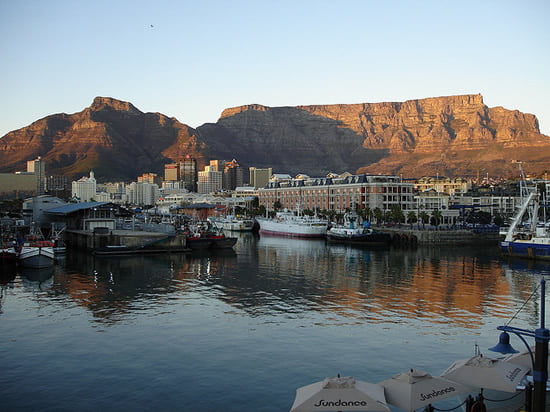 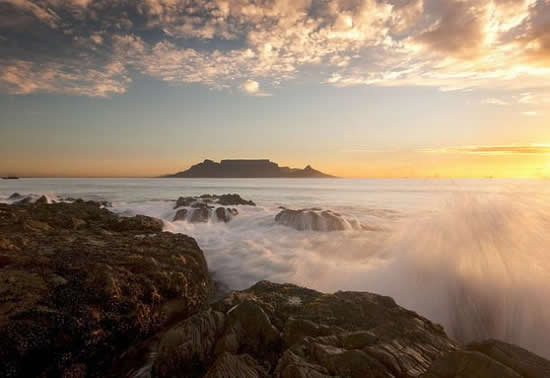 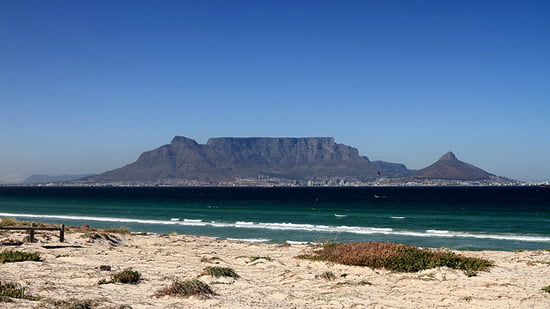 There is a restaurant at the top of the mountain for visitors to enjoy food and drinks.