With 46 meters (150 ft.) high, Emperor Falls is the largest and best-known waterfall in Mount Robson Provincial Park, Canada. After dropping over the edge of the cliff the water strikes a ledge just under halfway down, causing the formation of a massive rooster tail, which creates a large amount of spray. 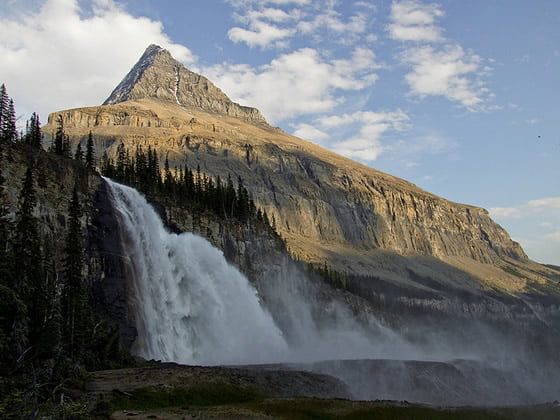 To complement the scenery, Mount Robson, with its piramide shape, stands above and behind the waterfall, providing a sigh even more extraordinary. 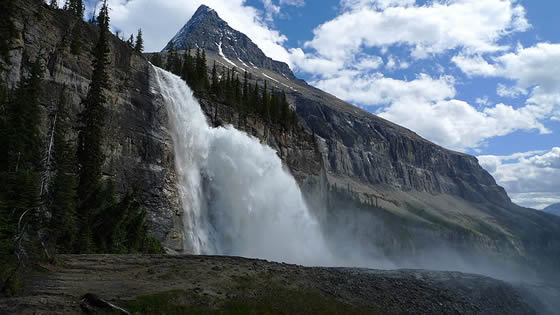 Return to Top Waterfalls in the World 2