Helmcken Falls is a 141 meter (463 ft.) waterfall within Wells Gray Provincial Park in British Columbia, Canada. Its stunning power is just overwhelming. The fast flow spews anywhere between 5000 and 25000 cubic feet (140 m3 and 700 m3) of water over the falls per second and tumbles into a massive cavernous bowl. 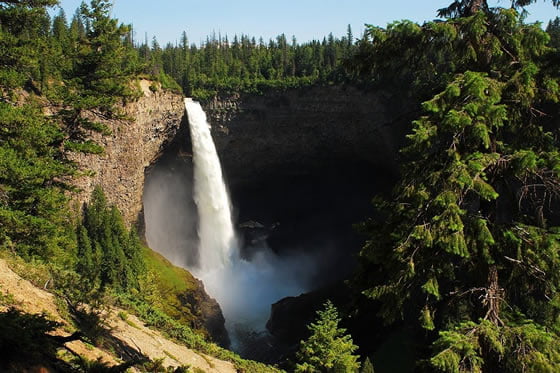 The area around Helmcken Falls was formed by volcanic lava shaped by massive glacial flooding and by the flow of the Murtle River. 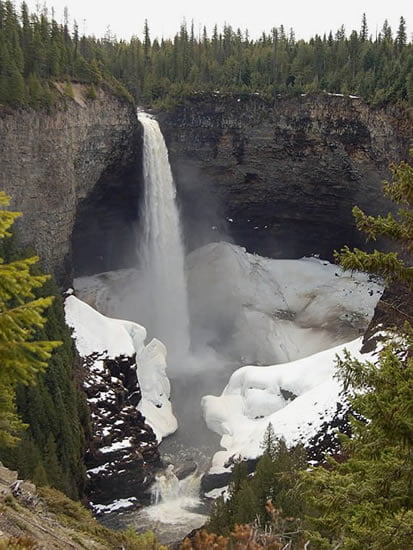 In the winter, a giant ice cone, at times over 61 meters (200 ft.) high, is formed around the base of the falls enhancing the beauty of the site.

Return to “Top Waterfalls in the World II” Main Page