Prabhupada’s Palace of Gold is a place where you can see the beauty and mystique of the Far East without leaving America. 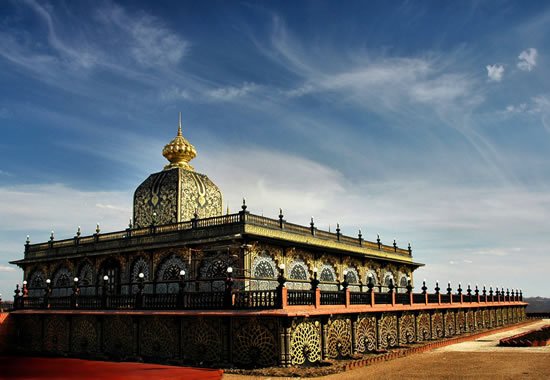 Despite never having lived in the palace, the structure was intended to be a residence for Srila Prabhupada, a native of India who came to America to spread the word of Krishna. 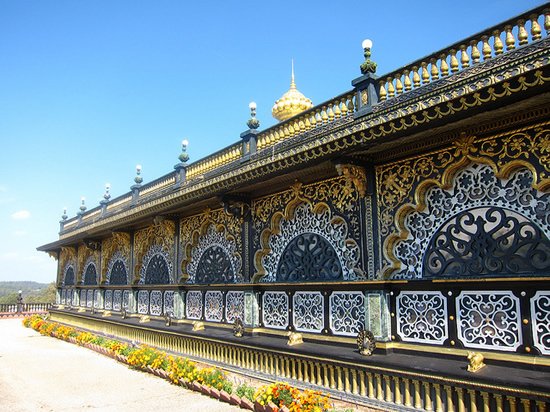 Tucked away in the secluded hills of West Virginia, USA, this Hindu Palace began construction in 1972, and after Srila Prabhupada’s death, in 1977, the plans evolved for a fabulous structure of marble, gold and carved teak wood, which was dedicated as a memorial shrine in 1979. 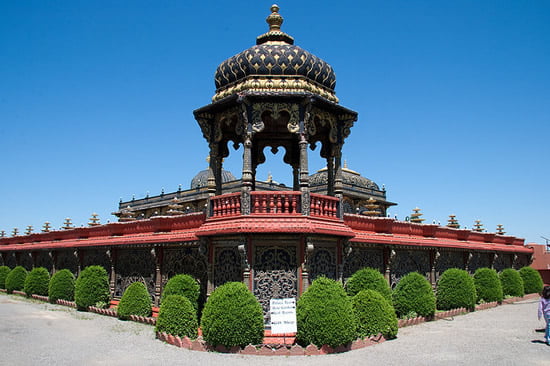 It was built by young devotees inspired by their desire to build a modest home for their spiritual master. The incredible thing is that they were no expert architects nor experienced artisans, but just people who learned their skills reading “do-it-yourself” books or asking others how they were supposed to work. 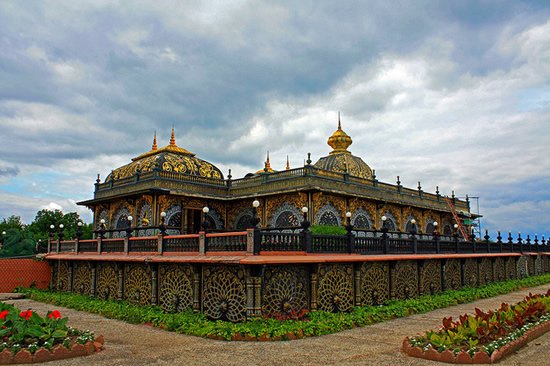 The Palace of Gold is indeed made from 22-karat gold, 250 tonnes of marble floor and walls, 31 stained glass windows and mirrored ceilings, magnificent chandeliers from France, and carved teak wood from India, costing $600,000 in materials. 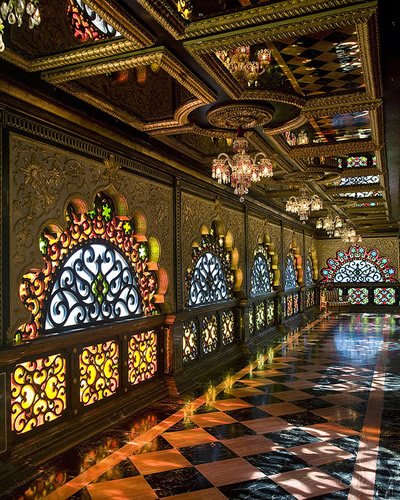 Peacock and lotus motifs are etched into numerous windows and carved into doors. 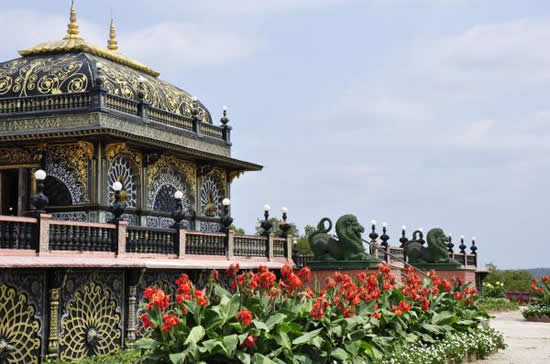 Elephant, lion and sacred cow statues makes you feel like being transported to mystical India. 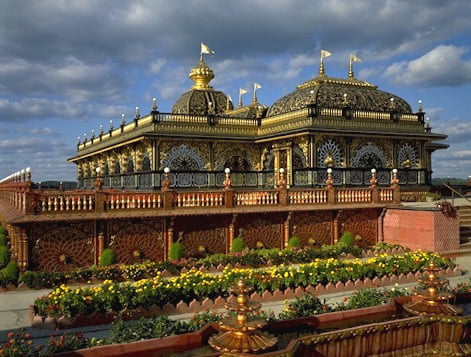 The stained glass colors are especially beautiful when viewed from inside the palace. They diffuse sunlight in various shades of blue, green, red, orange, and purple, which are reflected in crystal chandeliers and mirrored ceilings. 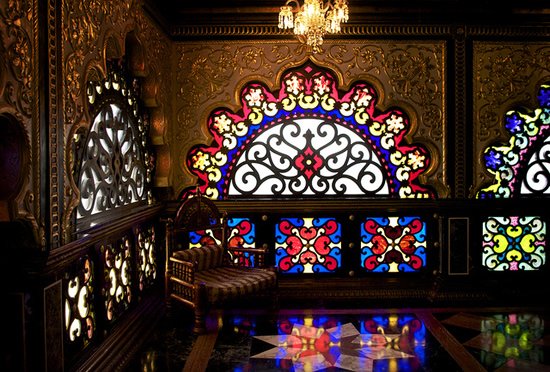 In addition to the lovely architecture, another beautiful feature of the Palace of Gold is the Rose Garden, which boasts over 100 different varieties of roses and over 850 plants. 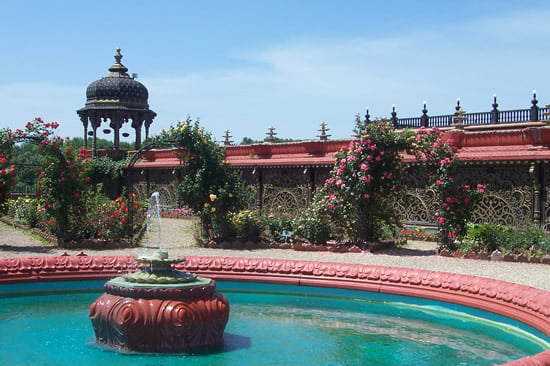 Surrounding the palace are two levels of terraces, replete with flower and bordered by waterways with more than a hundred ornate water fountains. 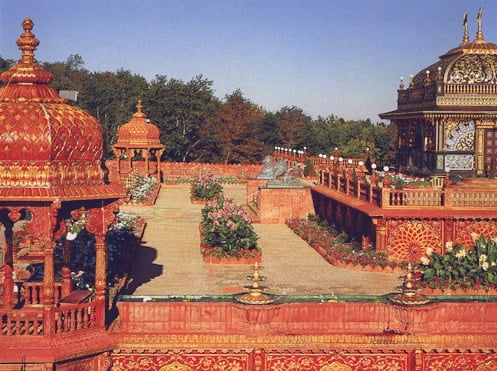