The Faroe Islands are a group of unspoiled islands that rise from the sea in the North Atlantic Ocean approximately halfway between Iceland and Norway, 250 miles (402 km) northwest of Scotland. 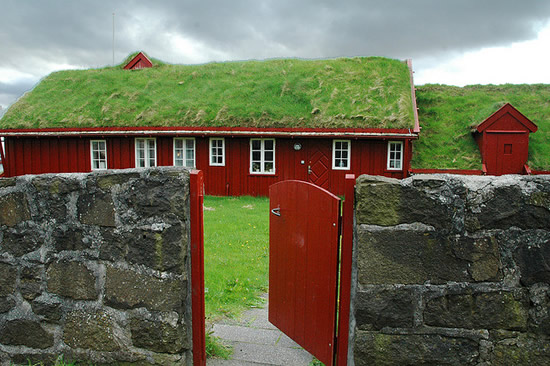 The 18 islets together form a self-governing territory within the Kingdom of Denmark, with a total area of approximately 1,400 km² (540 sq mi), and a population of almost 50,000. 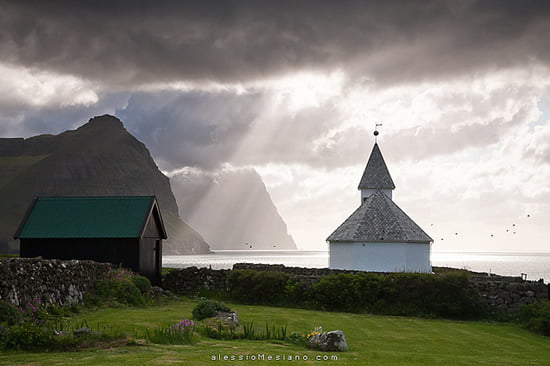 These enchanted islands are of volcanic origin. They are rugged and rocky with giant and steep coastal cliffs up to 880 m high that flow to the sea dramaticaly, some elevated peaks and deep fjords. Basalt has been transformed into magical sculpted shapes and forms. 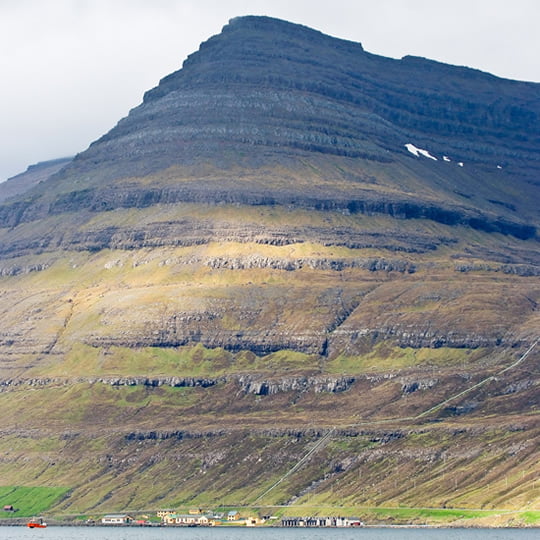 Another characteristic that stands out on this breathtaking landscape is the blindingly green grassland that carpet the islands from the base up to the highest mountains, although few trees survive because of the relentless North Atlantic winds. 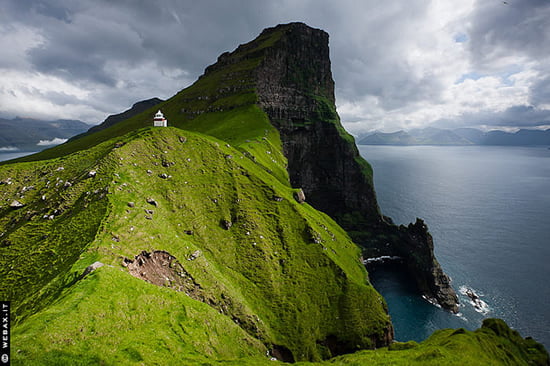 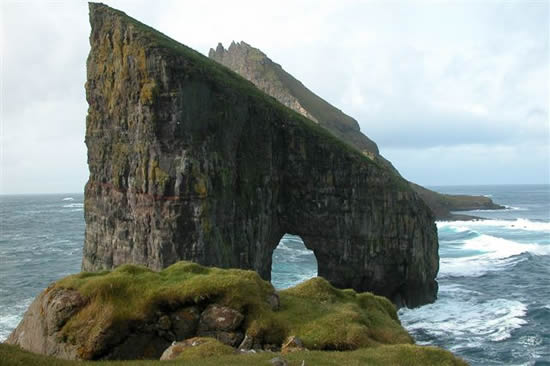 The craggy protrusions visible in the mountains are the vestiges of enormous layers of basalt laid down by gigantic volcanoes some 60 million years ago. Each basalt layer represents one or more volcanic events. 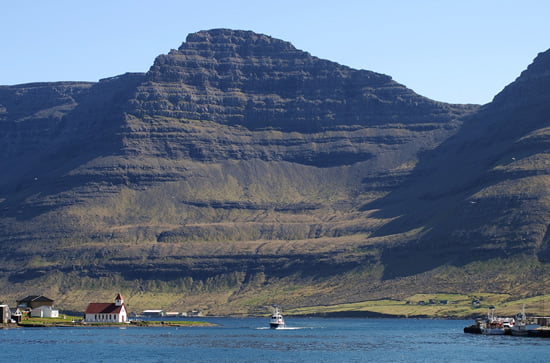 Faroe Islands is a place like nowhere else on Earth with stunning picturesque views almost everywhere you stand. Where silence is only broken by nature’s own sounds (birds, water tricking over rocks), and where sheep is your only witness.

It has a “out of the world” landscape, with magnificent bird cliffs, breathtaking waterfalls, and offers fantastic hiking and bird watching opportunities. 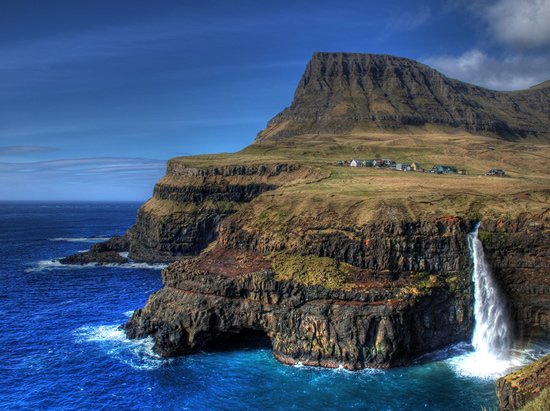 National Geographic elected Faroe Islands as the world’s most appealing island community, out of 111 island destinations worldwide. Part of its success is due to the fact that the islands offer a great cultural experience and ecological sustainability to help the environment. 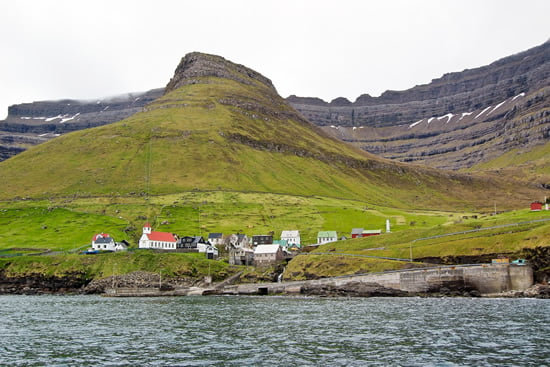 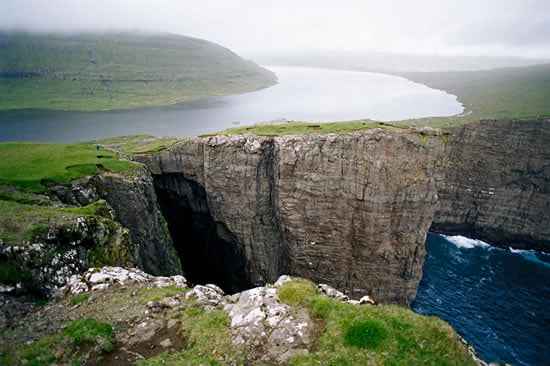 Bathed by the cold arctic currents and the warm Waters of the Gulf Stream, the Faroe Islands offer a nutrientrich environment for the 300 bird species that breed there. As can be seen in Vestmanna, cliffs that are up to 400 or 500 metres high, very sheer, in which tens of thousands of seabirds make their nests. 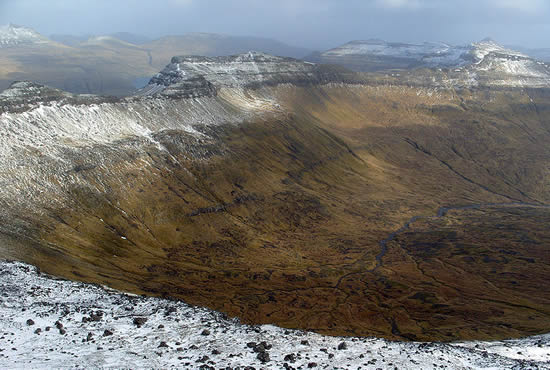 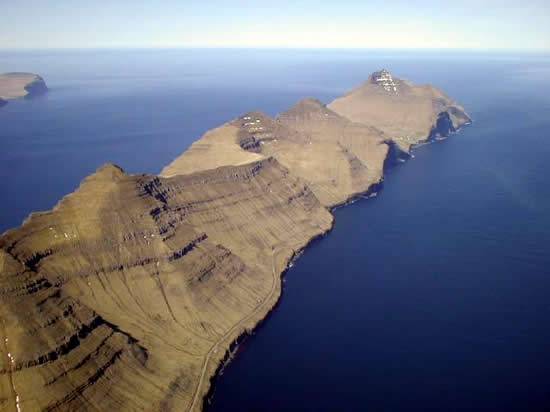 The weather in the archipelago changes so quickly and frequently that the Faroese use to say “if you don’t like the weather, wait five minutes”. The temperature in winter time is very mod­erate consi­der­ing the high latitude.

Despite being only two hours by plane from mainland Europe, the islands maintain a secluded feeling, particularly on the scattered small villages of brightly painted houses with turf roofs. 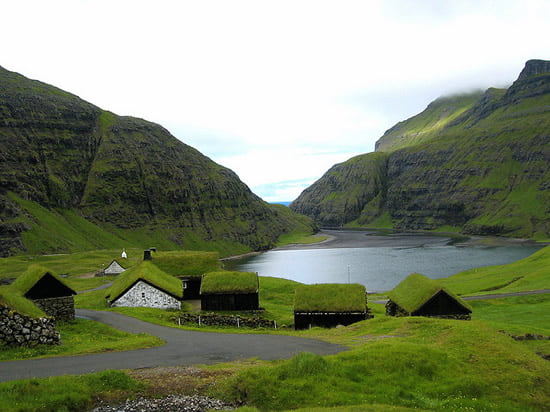 These villages lied along the shores of fjords and sounds seem as if they came out of a fairy tale book. The grass that covers the ceilings protect from the climate, the wind and the dampness. It requires very little maintenance and change tonality according to the season: brown in autumn, white in winter and blooming green in spring and summer. 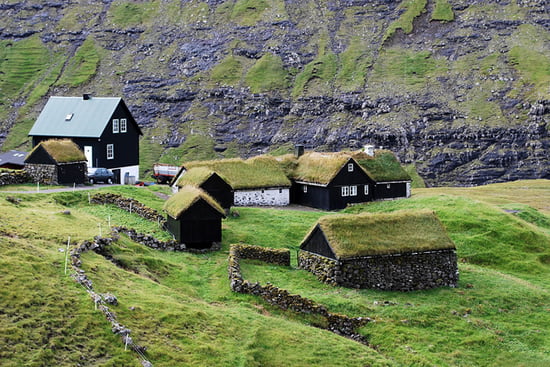 The road network on the Faroe Islands is excellent. The largest islands on the north are connected by tunnels through the mountains and between the islands, bridges and causeways, while the other two large islands to the south are connected to the main area with new fast ferries.

Tórshavn is the capital of the Faroe Islands and it is the largest community with its 20,000 inhabitants. The town has many different types of pubs, restaurants and other facilities. It is also the hub for the national bus service and the arrival point for the Smyril-Line international ferry from Iceland, the Shetland Islands, Denmark, and Norway. 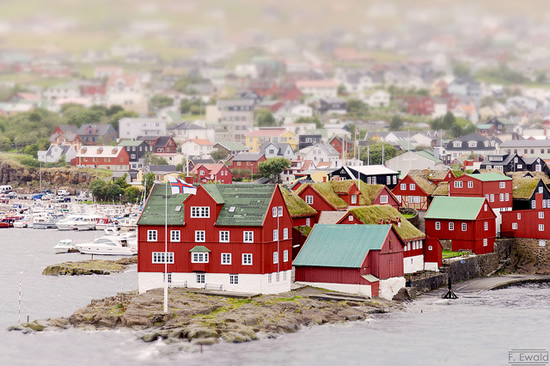 The Faroe Islands are the target of a controversial issue: The Whale Hunt. “Faroe islanders have been hunting for pilot whales for centuries, giving them valuable food stocks for the winter. But to animal rights activists, the kill is cruel and unnecessary. “ Read more at news.bbc.co.uk.

How to get there: Regular year-round car ferries from Iceland, Denmark, Norway, and the Shetlands. Or fly to Vagar, the only island flat enough for an airport.