The Baatara Gorge Waterfall or the Baatara Pothole Waterfall (one of my favorites, if not the most), is located in the village of Balaa, between the cities of Laqlouq and Tannourine, Lebanon. The location is also known as the “Three Bridges Chasm” (in French “Gouffre des Trois Ponts”). 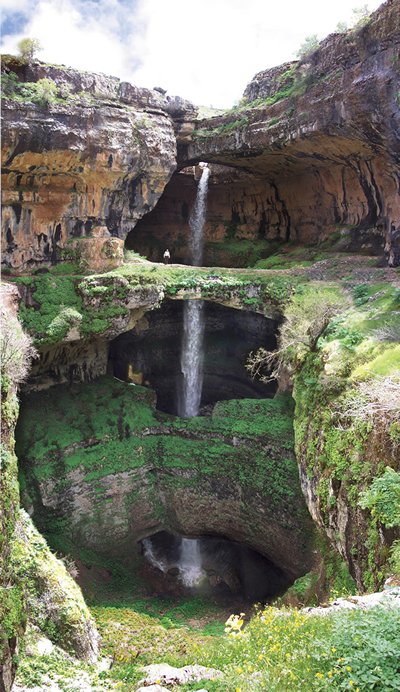 This unexpected waterfall drops 255 metres (837 ft.) into a cave and falls behind three natural bridges, which raise one above the other and overhang the chasm descending into Mount Lebanon. It can only be seen during the months of March and April, when the snows are melting. The area is very popular for sport activities and you can find lots of people with climbing gear on the surrounding hills.
It is also possible to climb to the various levels of the cavern with no special equipment. But you have to be very careful exploring it as the ground is slippery at some parts.