Love clearly is all around. You just have to know where to look, and sometimes it depends only on your point of view. Mother Nature is truly a romantic artist, as we can see in many of its wonderful creations. It has created many natural islands shaped like hearts you can visit all over the world. Uninhabited or not, in the middle of a lake or in the sea, amidst a tropical jungle, the mountains, or in a tropical paradise, there’s no doubt they are jewels on the planet. If you want to impress on a date or choose a stunning destination to spend your honeymoon, you’ll probably think beyond Paris, Rome or some place a little more exotic. But how about going to a unique and romantic place, like a heart-shaped island? So let’s get inspired by a compilation of the most amazing heart-shaped islands in the world. 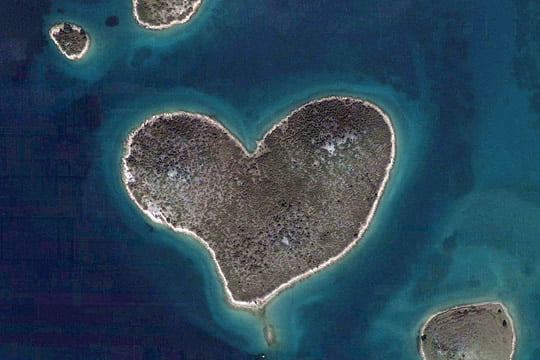 This private and uninhabited small island contains only wild plants and trees and untouched beaches of the azure-blue Adriatic Sea, making it a great spot for couples in love. The island has become a major tourist destination after its perfect heart-shape was discovered on Google Earth in 2009. 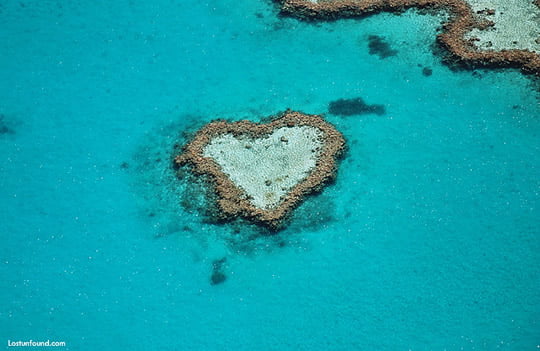 Located in Great Barrier Reef off Whitsunday Islands, it is a stunning coral formation that has been naturally formed into the shape of a heart. It can only be appreciated from the air, due to its protected status. The reef is a popular icon amongst travelers and is the site of many flight proposals. 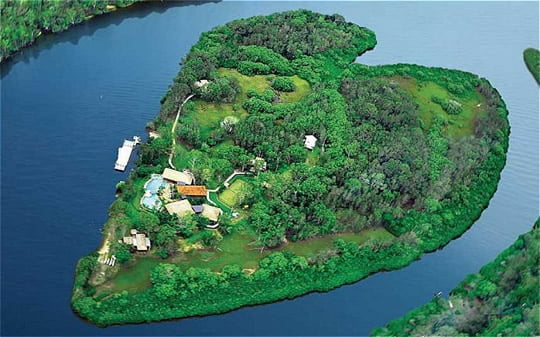 It is a private island, home to a luxurious retreat, on the Noosa River in Queensland. This heart-shaped island is nearby beaches, lakes and other wonders of Australia’s Sunshine Coast. 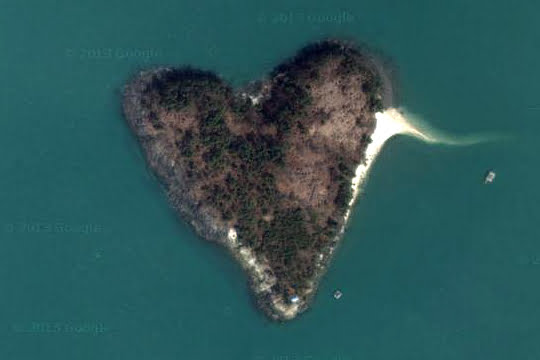 Located in the West Sea, this natural heart-shaped island is uninhabited with a large beach along its eastern coast. 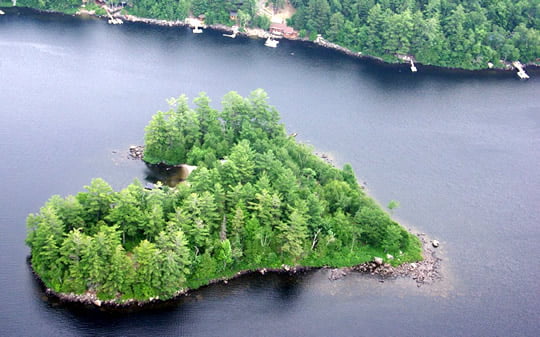 Located in the Laurentian Mountains, just 45 minutes north of Montreal, this forested island has a lovely sandy beach and its only accommodation is a red cedar log cabin. The perfect heart-shaped island was put for sale, in November 2012. 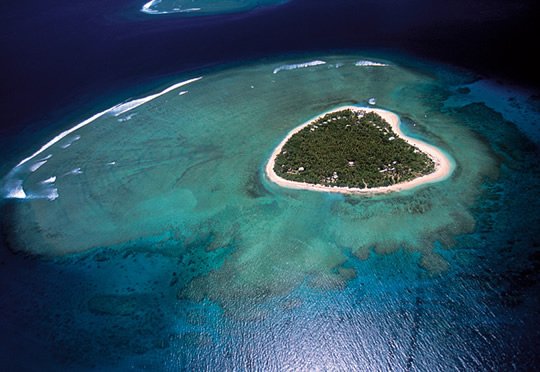 Surrounded by a coral reef, this romantic heart-shaped island is nestled in the South Pacific Ocean. Located near Viti Levu, Fiji’s main island, Tavarua Island is home to a luxurious all-inclusive resort. 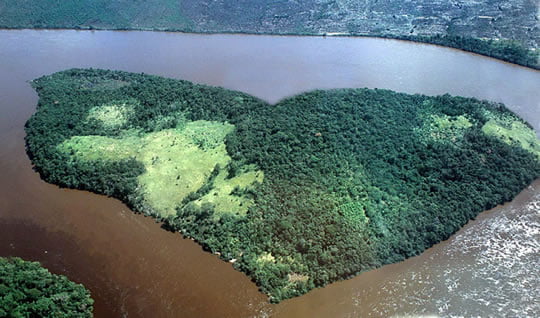 Flying over the Orinoco River, in Ciudad Bolívar, hidden in the peace and tranquility of the Venezuela’s tropical jungle, you can see a luxurious heart-shaped island. 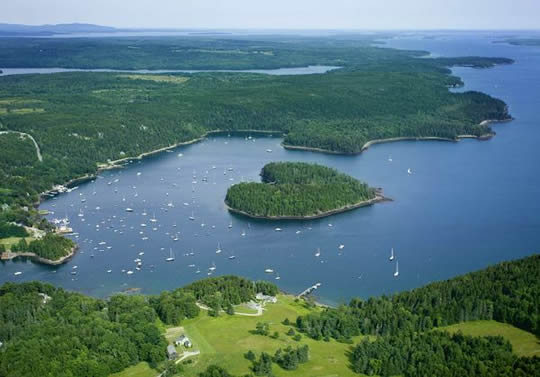 Located in the middle of Bucks Harbor, Brooksville, Maine, this forested heart-shaped island is home to a modest cabin on its shore. Besides the bay being a very popular summer colony, Harbor Island offers privacy and peace. The island was sold to a state-wide land conservation organization in order to protect this natural beauty. 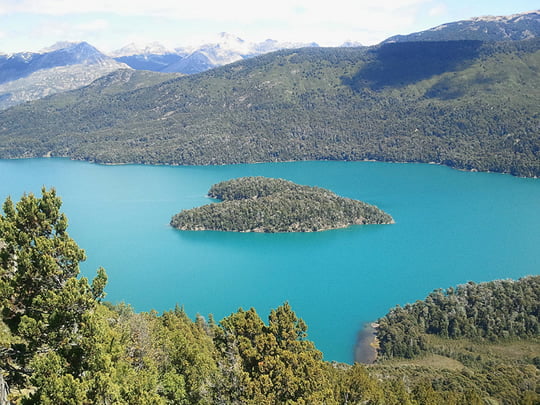 Isla Corazón is a beautiful Patagonian’s sample of a heart-shaped island, located in the middle of the Mascardi Lake. This tree-covered island is best viewed from the East side of Gutierrez Lake. Actually, it is not a perfect heart-shaped island. It will only take on the heart shape when viewed from a specific angle. 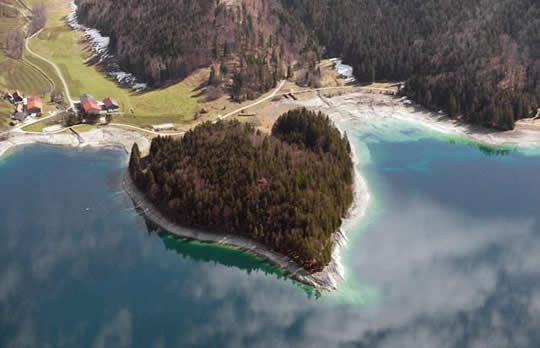 Located in the middle of the Bavarian Alps, it is identified as a small isle positioned in Lake Walchensee, one of the deepest lakes in the country. 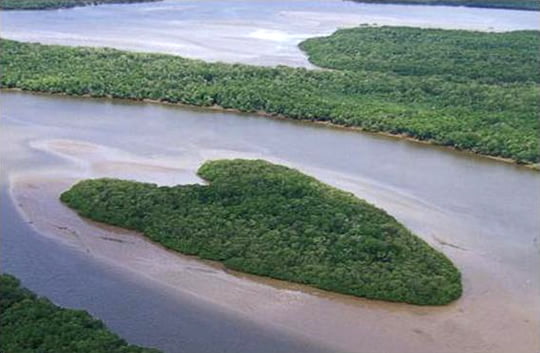 Hidden in the mangrove delta of the Vaza-Barris River, in the state of Sergipe, this beautiful piece of nature is Brazil’s sample of a heart-shaped island. 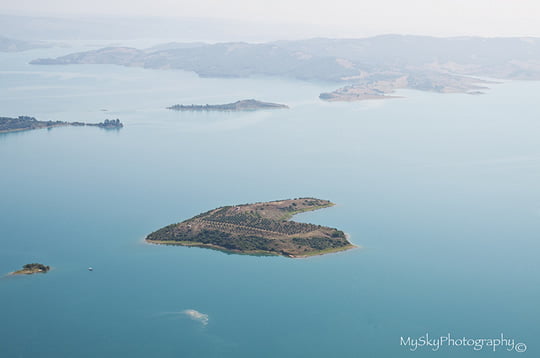 This perfectly heart-shaped island, located in the city of Adana in Turkey, only shows its ideal heart shape from the sky. 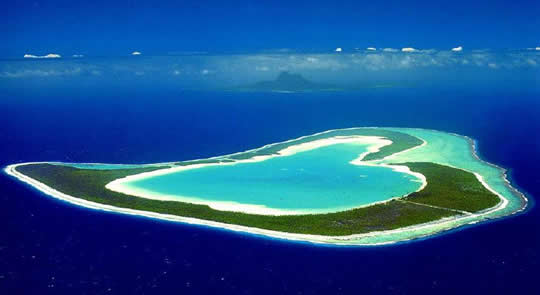 This heart-shaped paradise island is near Bora Bora, where pure white-sand beaches with coconut trees frame a shallow turquoise lagoon. Tupai is actually an uninhabited atoll, named the most romantic spot in Tahiti. Some companies even offer wedding packages for couples that want to get married there. 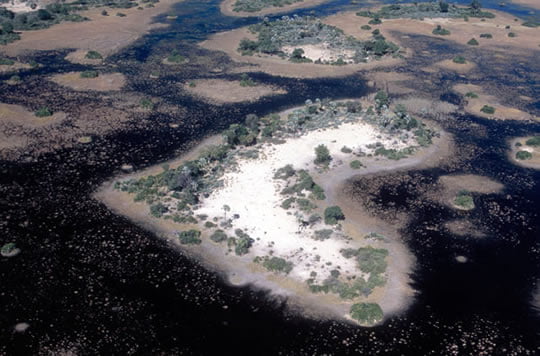 Situated about 25 kilometers west of Mombo, in the Okavango Delta, this beautiful heart-shaped island is nestled on a floodplain area, where all the African big animals can be found regularly, including elephant, lion, leopard and buffalo. 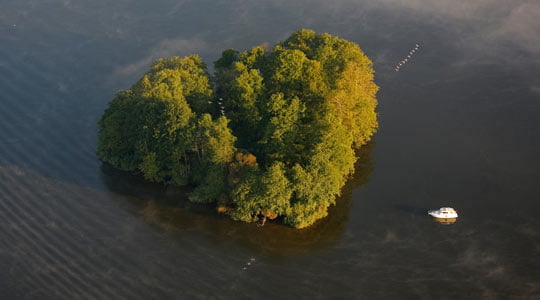 This small nameless island is nestled in Lake Kleine Müritz, near the municipality of Rechlin. Its heart-shaped silhouette could be seen only from above. 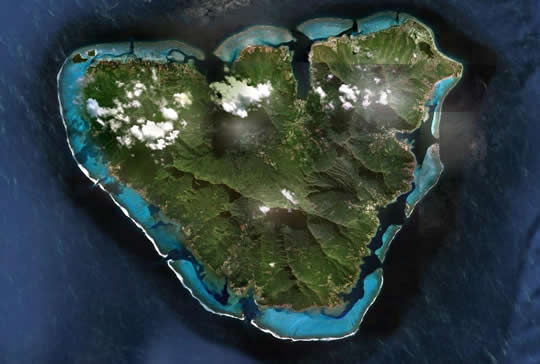 Moorea Island’s shape vaguely resembles a heart. But this romantic tropical island is a popular honeymoon destination, especially because its stunning scenery, where a beautiful mountain backdrop melts into a crystal clear lagoon. 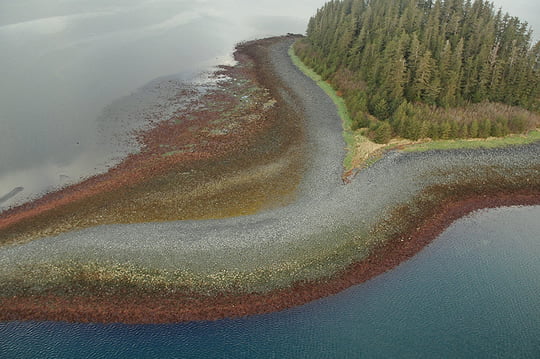 Hidden on the beautiful fjords of Alaska, is a small heart-shaped island, near Port Chalmers area, Prince William Sound. 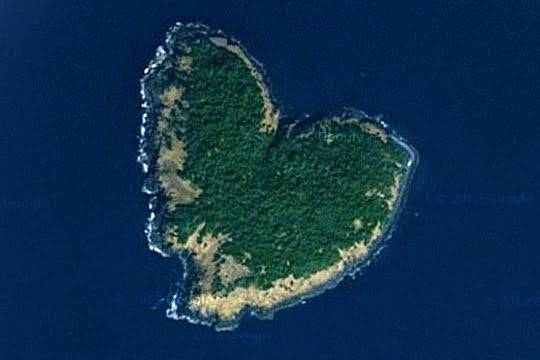 Netrani, also known as Pigeon Island, is a tiny coral island, with a shape of a heart, located in the Arabian Sea. This inhabited island is a hub of exotic marine species and it is one of the best sites for snorkeling and diving activities. 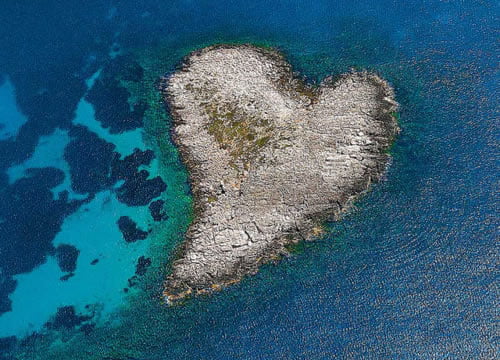 Called by locals as “Kardia”, due to its heart-shaped silhouette, the small rocky island is a skerry of the Sapientza Island, in the Messinian Golf. With a population of seven inhabitants, according to the latest census, the island is almost a desert paradise. 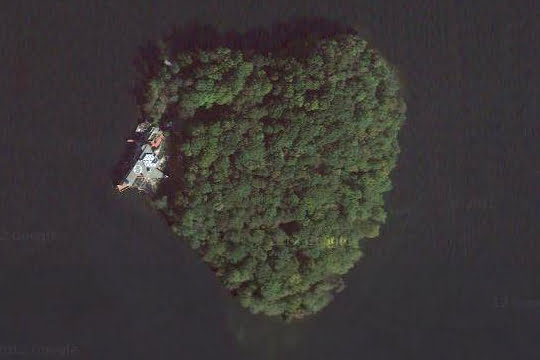 This heart-shaped island rises out of the middle of Lake Mahopac, 47 miles from New York City. It boasts magnificent rock formations, nature trails and 200-year-old beech trees. It was for sale in 2012, coming with a 5000-square foot residence.