The Marina Bay Sands Infinity Pool rests on the 56th floor of Marina Bay Sands. This incredible infinity edged pool is the longest elevated swimming pool in the world with 150 metres (478 ft.) wide, which stands 191 meters from the ground. But do not get too excited, the pool is for exclusive use of the luxury hotel guests. Non-hotel guests can only see part of the See more 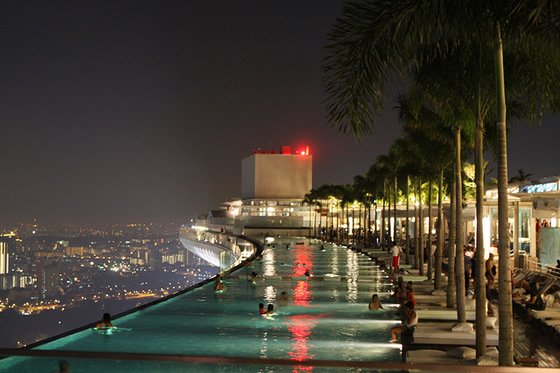 Merlion Park is located near Marina Bay, Singapore. This park is home to an 8.6 meter-tall and 40 ton-weight, water-spouting Merlion. The Singapore’s tourism icon is a mythical creature with the head of a lion and the body of a fish. Its name combines “mer” meaning the sea and “lion”. The “Singa” or lion head represents Singapore See more 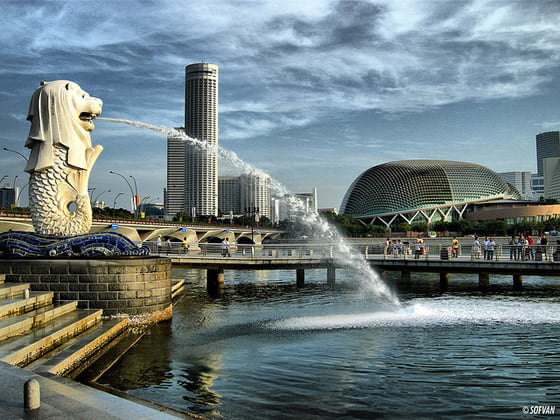 The Fountain of Wealth is recognized since 1998 by the Guinness Book Of World Records as the largest fountain in the world. It is located in the hub of one of Singapore’s largest shopping malls, the Suntec City. The fountain is made of silicon bronze, and consists of a circular ring with a circumference of 66 meters supported by four See more 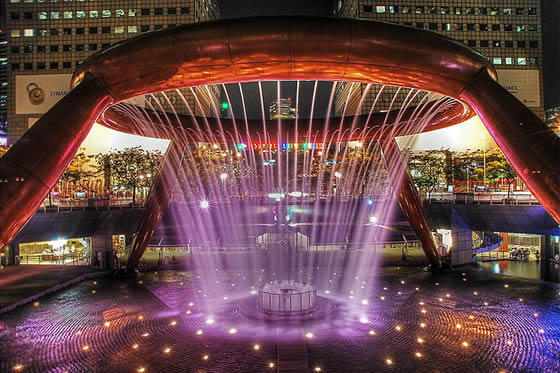 See Photos and Read More about Fountain of Wealth

The Buddha Tooth Relic Temple and Museum is a four-storey Buddhist temple and museum complex that rises up at the heart of the Chinatown district in Singapore. The temple is based on the Tang dynasty architectural style and built to house the tooth relic of the historical Buddha, which is claimed that was found in 1980 See more 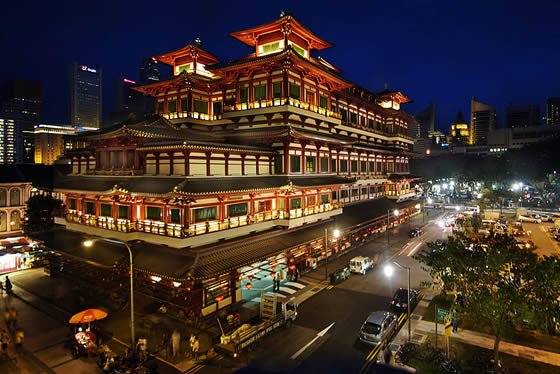 Gardens by the Bay is a surreal green oasis in the heart of Singapore. It brings plants to life in a way you’ve never seen before. There you are surrounded by nature whilst feeling like you have stepped into the Avatar movie. This huge, colourful, futuristic park is famous for its high-tech Supertree Grove – a collection of magical giant trees – as well as Cloud Forest and Flower Dome – the world’s largest climate-controlled greenhouses See more See Photos and Read More about Gardens by the Bay

You May Also Like: Top Fun Places in Singapore for Kids 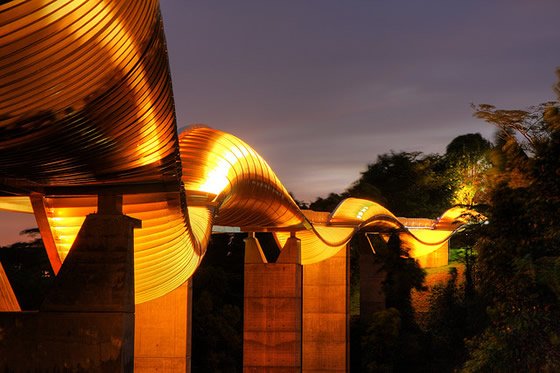 8 – Esplanade – Theatres on the Bay

Esplanade – Theatres on the Bay is a stunning waterside building located on six hectares of waterfront land alongside Marina Bay near the mouth of the Singapore River. Officcialy opened in 2002, this architectural icon with its distinctive twin shells is the center of performing arts in Singapore. Surrounded by See more 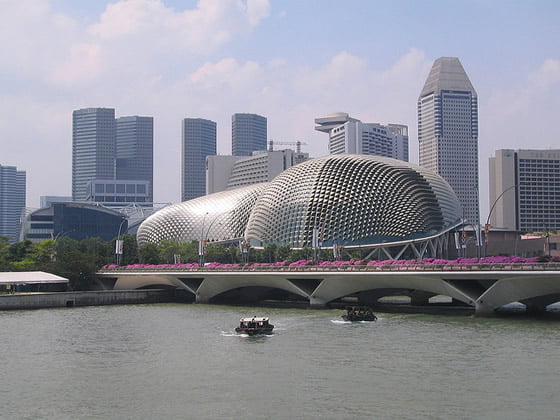 See Photos and Read More about Esplanade – Theatres on the Bay

One of the attractions at Marina Bay Sands, the ArtScience Museum is the world’s first ArtScience museum, opened on 17 February 2011. This unique building is shaped like a lotus flower in bloom, and is anchored by a round base in the middle, with ten extensions referred to as “fingers”, designed to be a symbolic See more 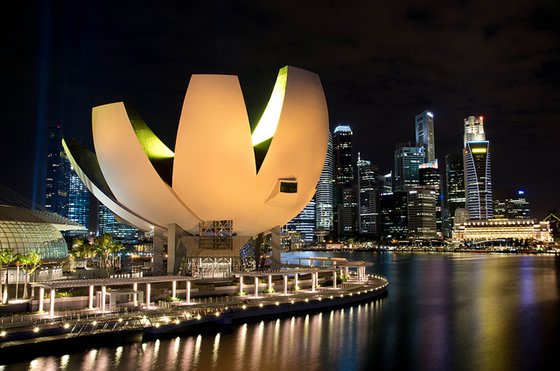 The School of Art, Design and Media at Nanyang Technological University, has an amazing curving green roof structure, with an organic, vegetated form that blends nature and high-tech and symbolizes the creativity it houses. The open roofs serve as informal gathering spaces; insulate the building See more 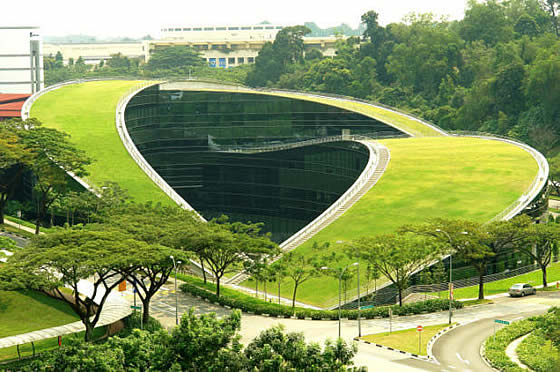 Singapore Flyer is the world’s tallest Ferris wheel, described by its operators as an observation wheel. Standing at a stunning 165m (541 ft.) from the ground, near the shore of Marina Bay, it is 5 m (16 ft.) taller than the Star of Nanchang, in China and 30 m (98 ft.) taller than the London Eye, in England. It is built over See more 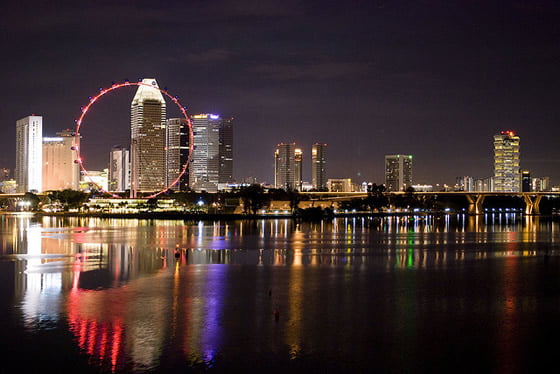 Thian Hock Keng Temple (Temple of Heavenly Happiness) is one of the oldest and most important Hokkien temple in Singapore, located in Chinatown. The construction of Thian Hock Keng was completed in 1842, more than 100 years ago, when it was a beachfront temple. The local was the first stop for grateful See more 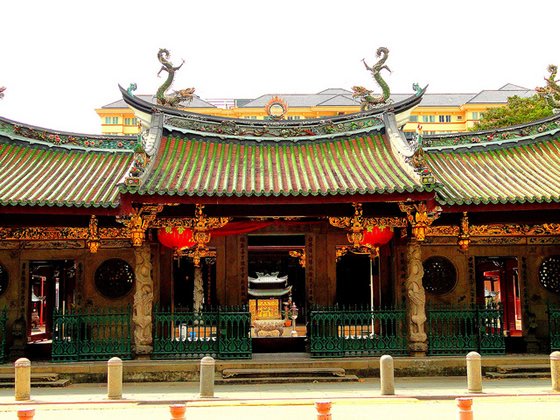 You May Also Like: Top Fun Places in Singapore for Kids

The Helix Bridge is a pedestrian bridge, considered to be the world’s first curved bridge, which links Marina Centre with Marina South in the Marina Bay area. Together with Promenade, a walkway along marina bay, it forms a 3.5-kilometer pedestrian loop around the whole bay See more 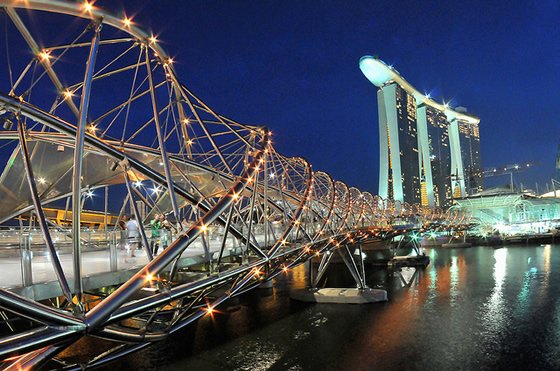 Located in Kampong Glam area in the vicinity of Arab Street, the Masjid Sultan is considered one of the most important mosques in Singapore. The area was allocated by Stamford Raffles for Sultan Hussein of Singapore, where the first Sultan’s Mosque was built about 1824 See more 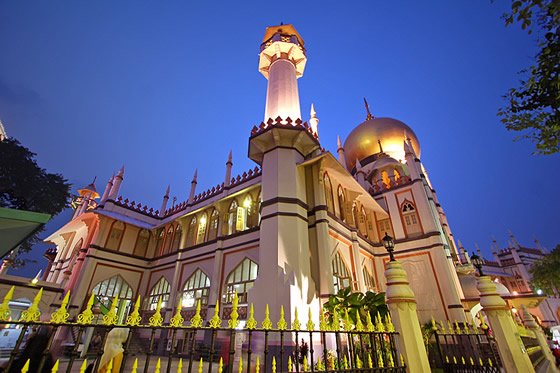 The Tiger Sky Tower is Singapore’s highest observation tower located at Sentosa. It has a height of 110 meters above ground, about 36 floors high, and 131 meters above sea level and offers day and night panoramic views of the Singapore’s skyline and the island See more 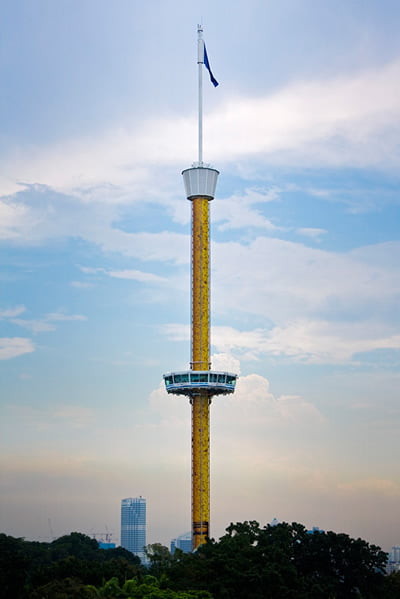 Clarke Quay is a refurbished riverside development of old warehouses consisting of a colorful labyrinth of restaurants, theme bars, retail stores and recreation outlets. Transformed into a vibrant and attractive destination, it is certainly a great nightlife location for anyone who loves to hangout and have a drink at night See more 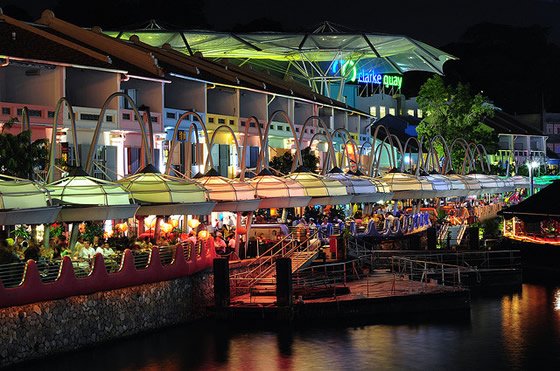 Sentosa has a stretch of sheltered beach of more than two kilometres in length on its southern coast, framed with palm trees, with wide beachfronts and soft sands, divided into three portions: Palawan Beach, Siloso Beach, and Tanjong Beach. These beaches are artificial, reclaimed using sand bought from Indonesia and Malaysia See more 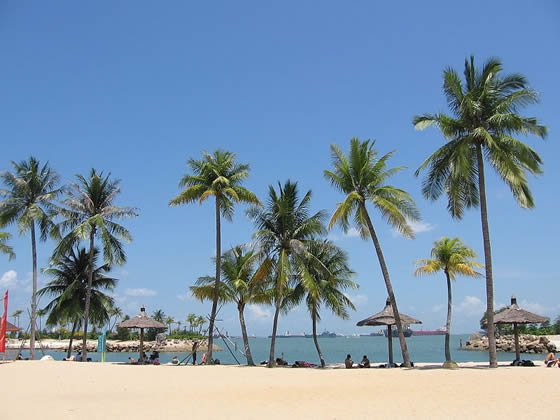 The Marina Barrage is a dam located across the 350-metre wide Marina Channel built to create Singapore’s first freshwater urban reservoir. It now acts as a water source, flood control and a new lifestyle attraction. The view of downtown Singapore from the bridge holding the dam offers a great photo opportunity See more 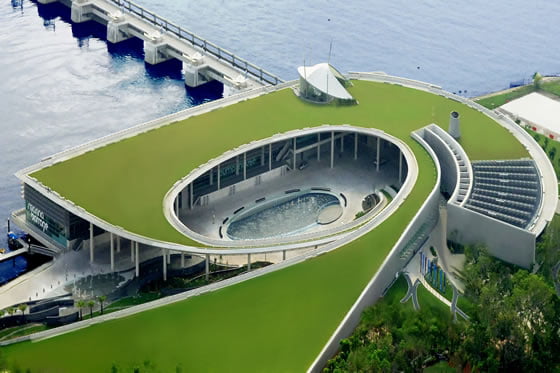 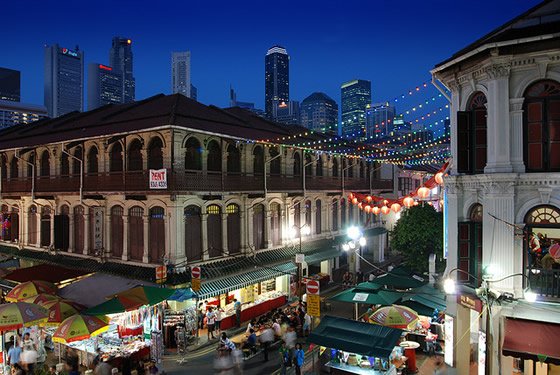 The National Museum of Singapore is the largest and oldest museum in Singapore dating back to 1849. Focused on the history and culture of Singapore, the museum immerses the visitor in a multi-sensory experience of Singapore’s past, innovating with interactive elements, including touch screen displays See more 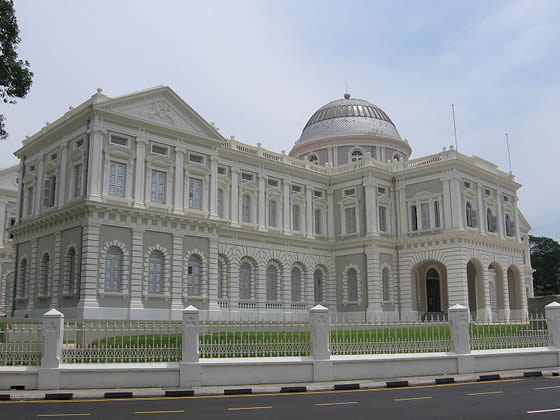 See Photos and Read More about National Museum of Singapore

The Singapore Botanic Garden occupies a land area of 52 hectares and some of the attractions include the National Orchid Garden, the Ginger Garden, and the Evolution Garden. It is the only botanic garden in the world that opens from 5 a.m. to 12 midnight every single day of the year See more 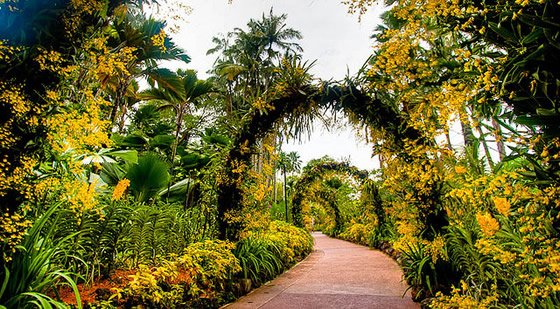 Chijmes is a beautifully structured historic building complex that once housed a Catholic convent school known as the Convent of the Holy Infant Jesus (CHIJ) and their convent quarters known as Caldwell House. This complex of convent buildings has a Gothic-style chapel with beautiful See more 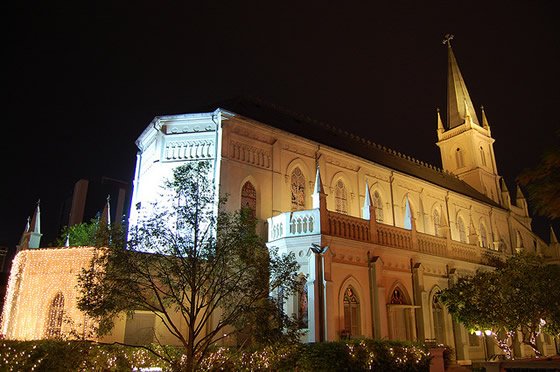