Is there a better way to start a post welcoming the New Year than listing the Top 15 New Year’s Eve Fireworks Displays in the World?
Don’t be mad we did not include New York’s Times Square NYE Show in this list, we choose another special one in the USA which will make your whole new year magic.
Curious to know the best New Year’s Eve Fireworks Displays? Then keep scrolling down the page to amaze yourself. 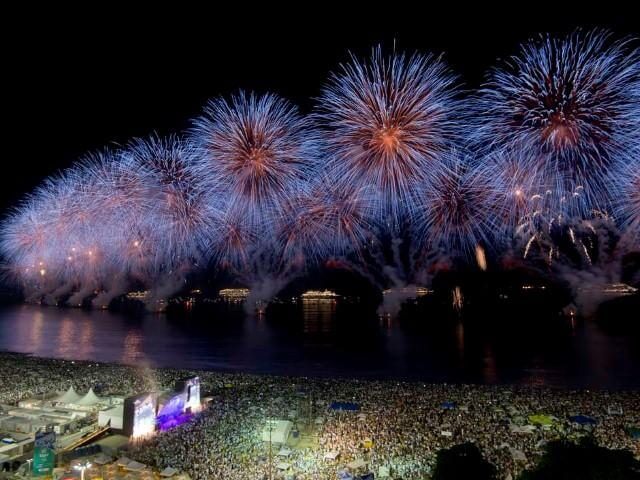 Copacabana beach is one of the most famous beaches in the world. It is located in Rio de Janeiro, Brazil, and is 4 km (2.5 miles) long. Even this extension is not enough to accommodate the 2 million people who go to see, every year, one of the most incredible fireworks displays in the world.

The fireworks show happens on the sea, on the waterfront, and can be seen from the beach, from the mountains or, if you are on a boat, from the sea.

If you plan to go there, don’t let to make a reservation near the 1st of January since the city hotels are usually fully booked during this season. See more about Rio de Janeiro in our list of the Top 25 Places in Rio de Janeiro. 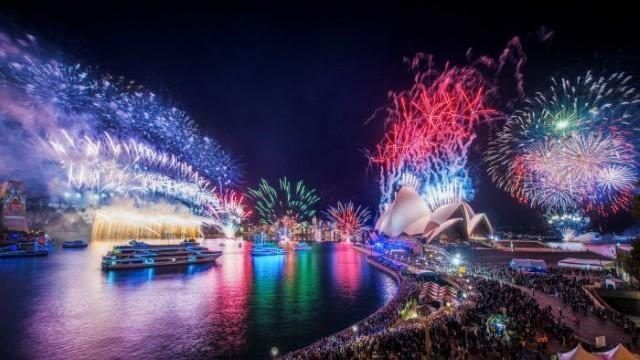 One of the first New Year’s Eve celebrations in the world, the Sydney fireworks display are inspired by themes that change regularly, making the fireworks’ presentation unique every year. 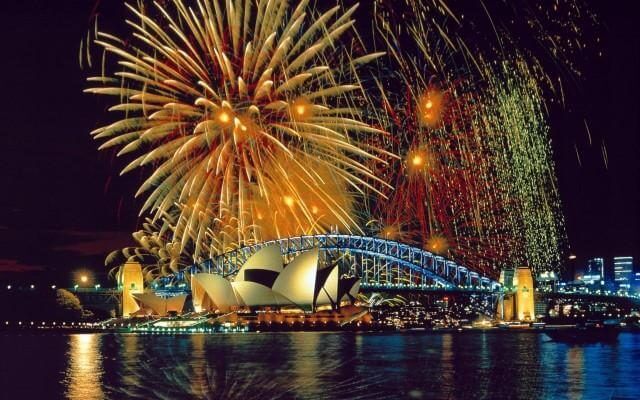 The show is also televised all around the world, making it one of the most famous New Year’s Eve celebrations too. 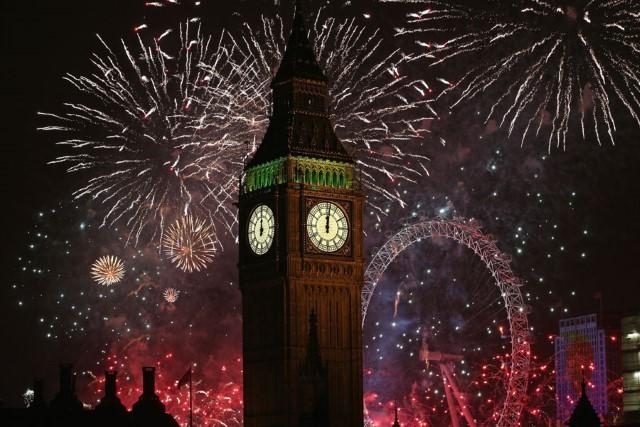 This centenary clock tower and cultural symbol of an entire nation is also a stage for one of the most famous fireworks displays on earth. 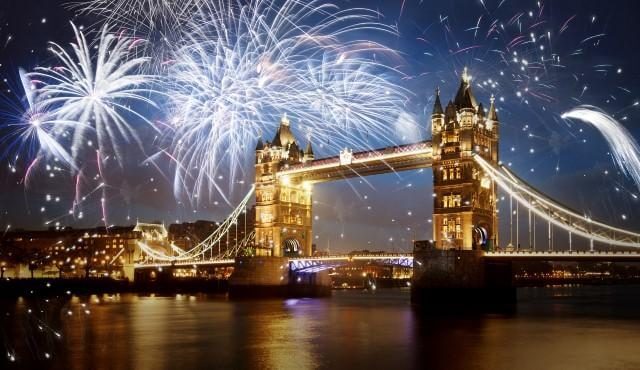 The New Year’s Eve fireworks performance not only happens there, but also on the London Bridge and the London Eye (to name a few), but watching the Big Ben is certainly special due to the iconic chimes pacing the countdown to the next year. 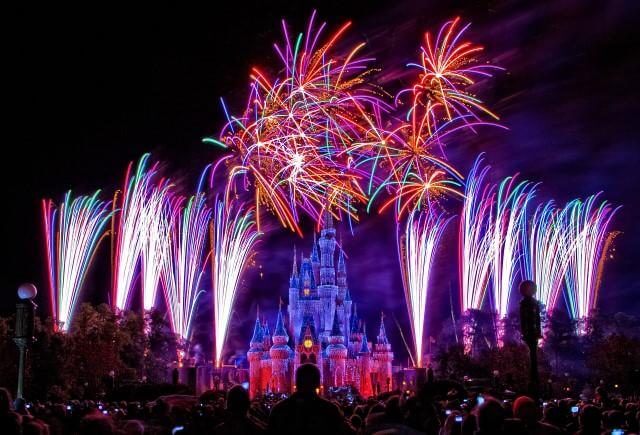 The Magic Kingdom also presents one of the best fireworks shows in the world, which includes the special New Year’s Eve Fireworks Display. You will have a magic countdown with pyrotechnics, light, and sound performances, making you enter the new year with a heart full of dreams and good wishes. 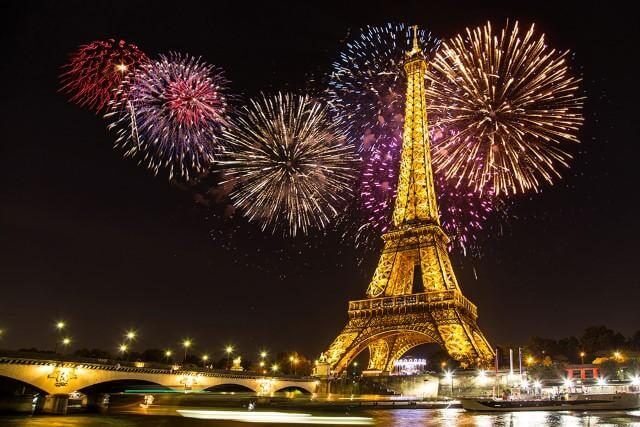 If the iconic Eiffel Tower and the world famous night sky of Paris are not sufficient to make you willing to visit there, the entrance to the new year offers another singular experience: the Paris’ New Year’s Eve Fireworks Parade near the Eiffel Tower. 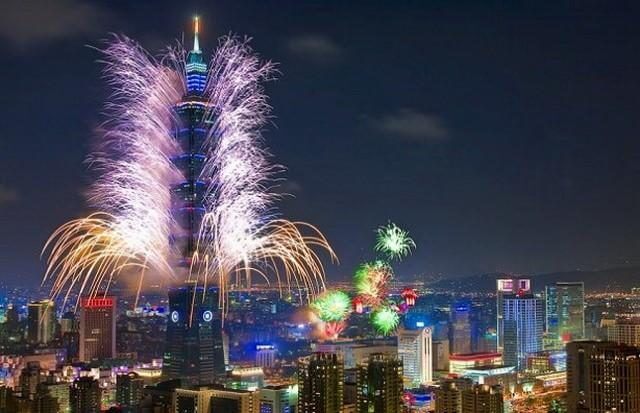 One of the tallest buildings in the world, the Taipei 101 is also a stage for an unforgettable New Year’s Eve fireworks display. This skyscraper makes a huge contrast among the others, much shorter, buildings in Taipei, making this pageant even more spectacular, with fireworks being launched from every corner and floor of the building.

There are many spots where you can see the fireworks display. If you don’t mind physical contact, go to any street where you can have a good view of the building. In case you want something more private, go to the Elephant Mountain instead, where you can get a wide view of the city’s skyline (Check out the Top 15 places in Taiwan). 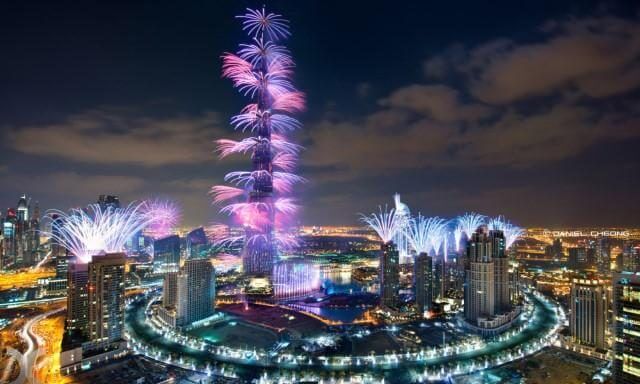 Here’s an interesting one. The New Year’s Eve presentation in Dubai is more like a circuit. It starts at the Burj Khalifa and keeps launching the fireworks as it passes through various landmarks like the Palm, the wonderful Burj Al-Arab (more info about this place here), and the Jumeirah Beach Residences. 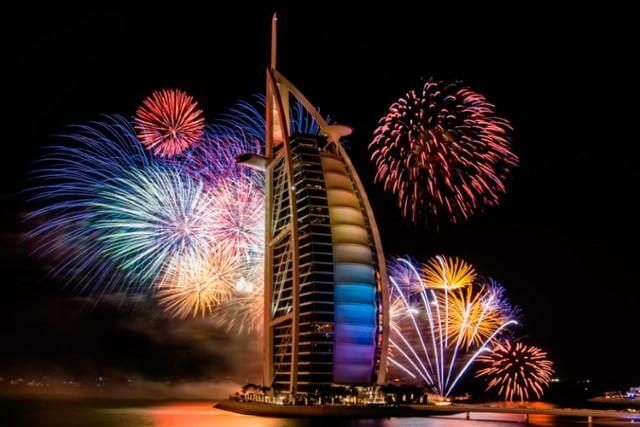 Dubai, the city of superlatives, has so much more to offer, check out the Top 15 Wonders of Dubai, you will be amazed! 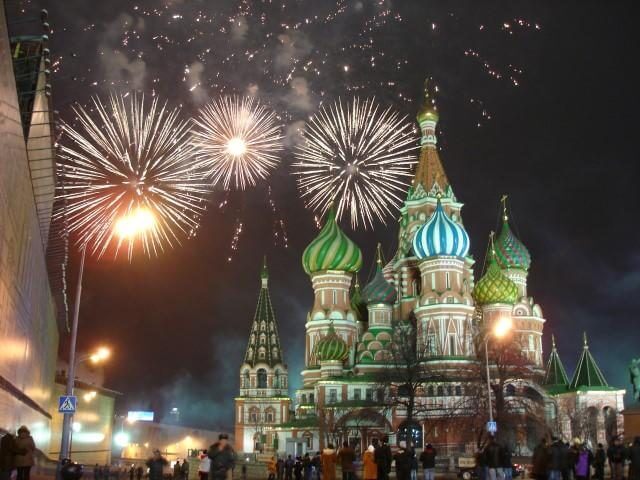 With eleven time zones, Russia, the largest nation in the world, has many places to celebrate the New Year’s Eve. Probably the most famous fireworks display is in Moscow, on the Red Square, where you can see the State History Museum or the awesome Saint Basil’s Cathedral.

Russia is beautiful not only on the surface. There are hundreds of metro stations that are like art museums, and Moscow has plenty. See our Top 15+ Beautiful Metro Stations in Russia to understand what I am talking about. 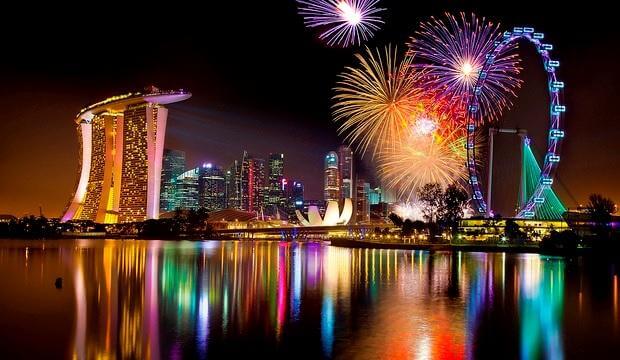 Singapore is fascinating, and the NYE there is outstanding. You can have an otherworldly like New Year’s Eve celebration experience at the Gardens by the Bay, or watch the fireworks display from one of the most famous infinity pools in the world (check out our list of the Top 50 Infinity Pools in the World), you name it. The Marina Bay is beautiful and has plenty of attractions and spots to make your moment special. 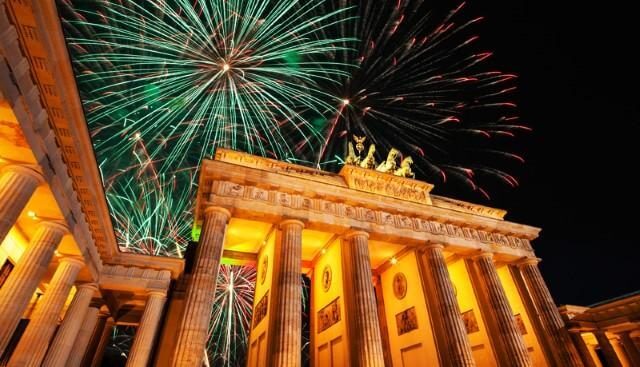 The New Year’s Eve fireworks display at the Brandenburg Gate is famous and attracts hundreds of thousands of people from all around the world, willing to see the New Year’s pyrotechnical performance near this acclaimed attraction.

This beautiful and iconic bridge is also a stage to the NYE fireworks display that happens in Budapest. You can make your time there even more special taking the Budapest Night Cruise boat before the countdown to watch the show. 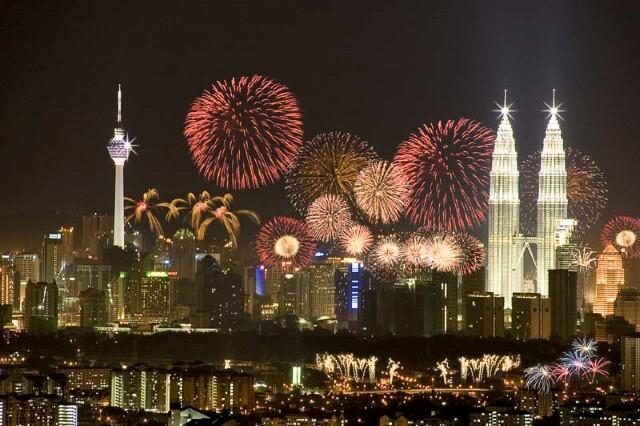 Kuala Lumpur, in Malaysia, also offers a splendid fireworks display for the New Year. From the KLCC park, you will have a privileged view of the Kuala Lumpur’s notorious landmark, the Petronas Twin Towers, which becomes even prettier with all the lights and fireworks.

You can also have a more privileged and private experience, choosing a hotel facing the park. Whatever your choice is, there is no way to go wrong. 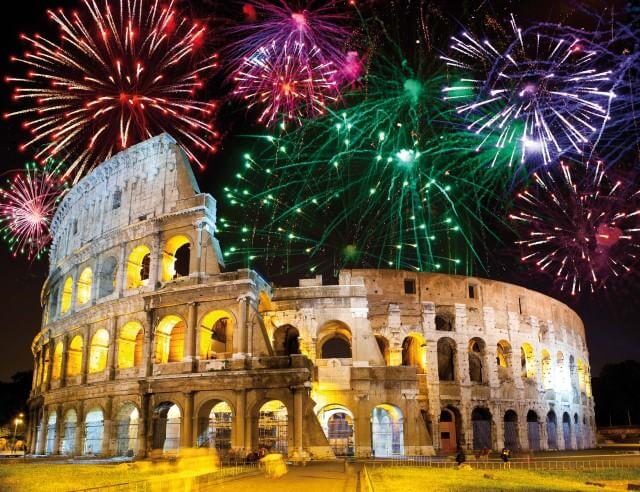 The Colosseum itself is one of the reasons you should go to Rome. Now, imagine the view of the fireworks being displayed behind it. Oh, I wish I could go there now to see it 🙂 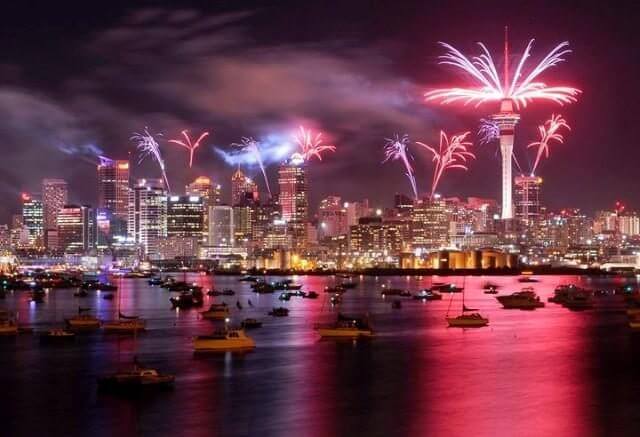 This ancient citadel is the stage for the New Year’s Eve fireworks performance in Athens. Welcoming the New Year having mythical buildings like the Parthenon as the background is, certainly, memorable.